“A Raisin in the Sun” 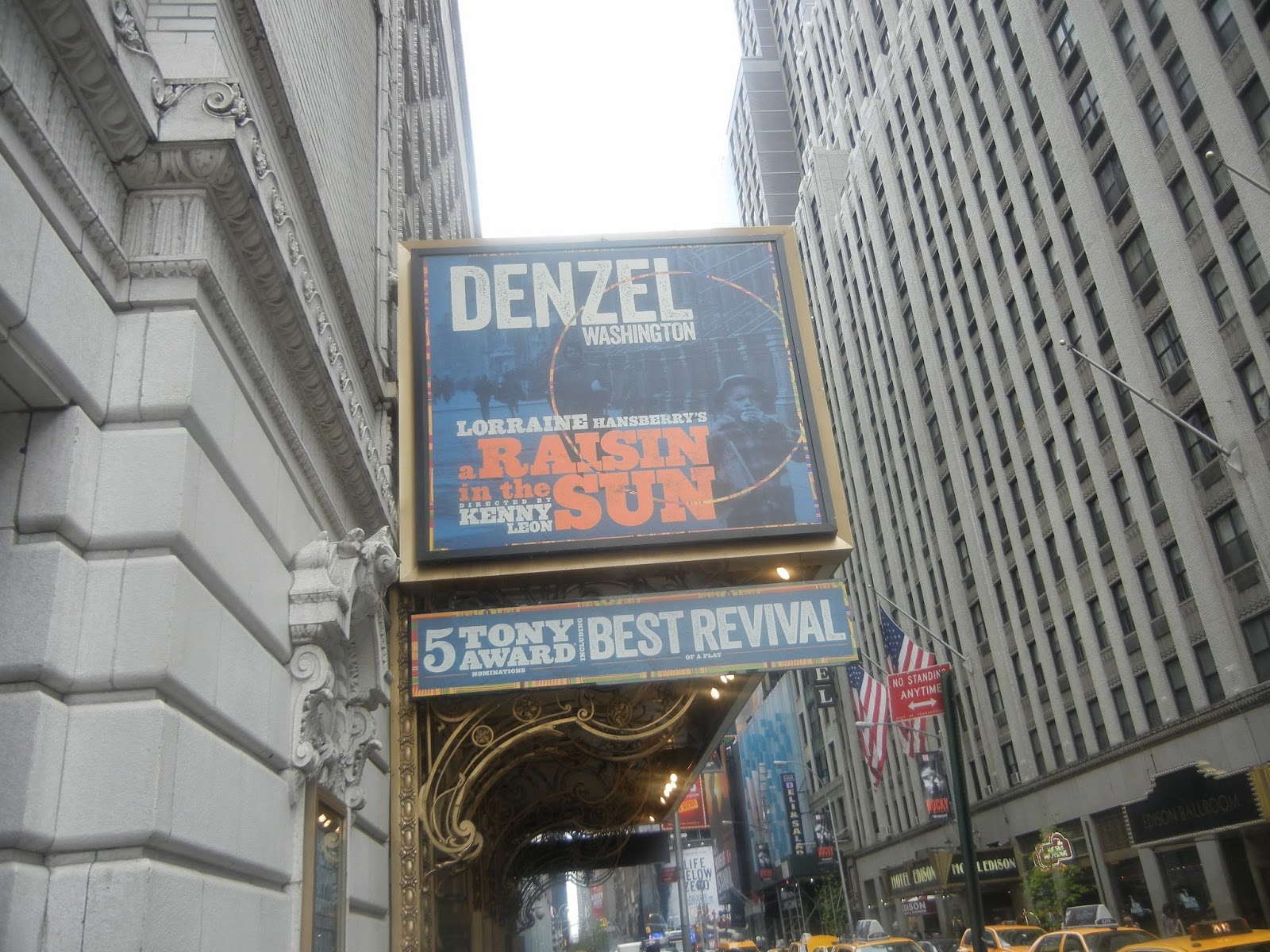 If you get a chance to get out of town, go see a Broadway play. I know everyone is probably flocking to New York to see Motown but I had to see Denzel Washington in “A Raisin in the Sun.” If you have not read the book by Lorraine Hansberry or seen the movie with Sidney Poitier and Ruby Dee, well, you can look it up. Denzel was his usual greatness. But a big surprise to me was Latanya Richardson-Jackson (Samuel Jackson’s wife). I did not know she was an actress. She did a great Mama. According to the Playbill, Ms. Jackson has an extensive theater, film, and TV credits.  Other major players were Sophie Okonedo (Hotel Rwanda) and Anika Noni Rose (Dream Girls and For Colored Girls). The revival of the play tells a very relatable story as it travels from generation to generation. The storyline will never get old.

What happens to a dream deferred?

Does it dry up
Like a raisin in the sun?

Or does it explode?

Email ThisBlogThis!Share to TwitterShare to FacebookShare to Pinterest
Labels: A Raisin in the Sun, Denzel Washington, Latanya Jackson