FYI from PDE: Congratulations on wrapping up another successful school year, and thank you for all of your hard work in 2015-2016. The Pennsylvania Department of Education has put together a short video from Secretary of Education Pedro Rivera thanking you and your students for your commitment to learning, and it is attached below for your use. We encourage you to share this video with your stakeholders (Parents, the community, etc.) however you choose. YouTube:
https://youtu.be/H6MqQHJiUJQ 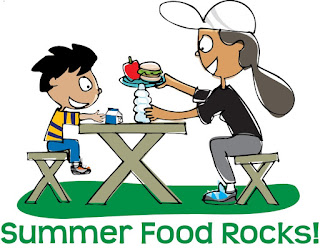 From the CITY OF CHESTER
SUMMER FOOD SERVICE PROGRAM
Applications are NOW available at:
City Hall, 1 Fourth Street, Chester, PA 19013 (front desk)
9:30am – 4:00pm
Hiring for the following positions:
SITE SUPERVISORS
Seeking motivated individuals to serve meals and supervise recreational and educational activities at various sites & playgrounds for children between the ages of 2 -18.
MONITORS
Reliable persons to act as a liaison between playground sites and office personnel within the Department of Recreation. Candidates should have strong leadership ability.  Vehicle required.
POOL MONITORS
Dependable individuals needed to maintain order and monitor activities at the pool to prevent accidents and enforce pool rules and regulations.
LIFE GUARDS
Seeking certified life guards able to react quickly and calmly in emergencies; rescue swimmers in danger of drowning and effectively administer First Aid.
Applicants must be at least 18 years of age and must be able to pass an FBI and Child Abuse Clearance.
Posted by Ms. B at 8:44 PM No comments: 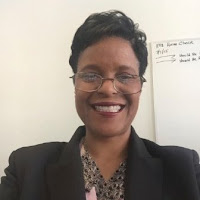 Tanya Glenn-Butler joins a long line of people who have held the job of Chester High School principal in the Chester Upland School District, about the twelfth in recent history dating back to the late nineties. She worked for several years as a School District of Philadelphia Educator and Administrator.  She previously held positions in the School District of Philadelphia at Mosaica Education, Inc., principal in Baltimore City Public Schools for 2 years, and Elementary Principal in the Upper Darby School District. Her undergraduate study was in education at Temple University; holds a Principal K-12 Certification, Educational Leadership and Administration from the University of Pennsylvania; and Superintendent Letter of Eligibility and Doctoral degree from Edinboro University. Congrats to Dr. Butler.
Posted by Ms. B at 8:11 PM No comments:


The Boys and Girls Club of Chester held a Youth Summit on Saturday, May 14, 2016 and it was DOPE, Determined Outstanding Powerfully Enlightened. The Keynote Speaker was Chester native Dr. Lenora Fulani. She addressed the audience on her background growing up in the city, graduating from Chester High School in 1968, and making a name for herself. Dr. Fulani ran twice for the President of the United States. “In 1988, she became the first woman and first African American in U. S. History to appear as a presidential candidate on the ballot in all 50 states. In 1994, she co-founded IndependentVoting.org, a national strategy center for independent voters and she is a founder of the Independent Party of New York State.” She focused her speech on the organization she founded and directed since 2006, Operation Conversation: Cops and Kids, a series of dialogues and performance-based workshops with police and inner-city youth to help them improve and develop their relationship. Dr. Fulani said, “Our young people are so censured in this country that they need a stage where they can do their thing.”
A full day of seminars and workshops were presented on Hip-Hop Reality “Identity Crisis” by Al Motley, Fighting Back Insecurities Communicating with Yourself by Tara Jones, Deal Breaker: “Building Healthy Relationships” by Ambi Grant, Transitions - Life after High School “Road Map to Success” by Julani Ghana, and Release the Brakes - What’s holding you back? by Delorean Andrews. Plenty of good food and entertainment was also provided for many who attended the summit.
Julani Ghana presenting in his workshop, “That’s why we talk about the network. It’s not what you know, it’s who you know. The network is important. At the end of the day, you’ve got to drive for success yourself. So that’s what the goal is for the youth summit. Don’t let nothing stop you.” Ghana’s group completed a student success profile which included career interest and colleges.