Today was a nice day for an Easter egg hunt at Memorial Park. The sun was out along with many children and parents participating in the Inter-Greek Council Easter festivities. 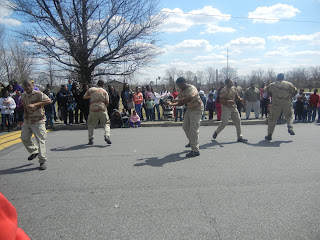 The Delaware County Historical Society and the Delco Athletes Hall of Fame had a special day for all fans and former players and coaches of Chester High School Clippers basketball teams to gather and share warm memories of six decades of CHS basketball excellence. Nice turn out for Chester Basketball Fan Fest. Tribute was given to basketball players. Congratulation to Jim Vankoski organizer of the event. 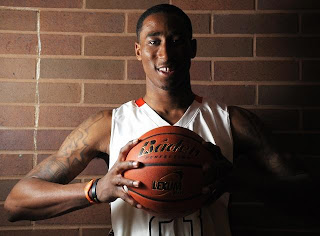 Rondae Jefferson guided Chester to two straight state titles and nearly won a third, and for that the University of Arizona-bound senior should hold his head up high. (Times Staff / ERIC HARTLINE) 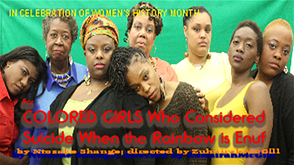 FOR COLORED GIRLS WHO HAVE CONSIDERED SUICIDE WHEN THE RAINBOW IS ENUF
by Ntozake Shange; directed by Zuhairah | One of the African American Classics starring: Tiffany Bacon, Meryl Lynn Brown, Tene Fletcher, TS Hawkins, Annette Sanders, Nicole Stacie, and Baset X. Ntozake takes us on a rhythmic journey of self discovery through her choreopoem that chronicles many of the struggles and obstacles that women of color may face throughout their lives. Performed by a dynamic ensemble of seven women, each known only by a color. Which Lady Are You?

BUY TICKETS at http://smarturl.it/FWTEForColoredGirls
www.FirstWorldTheatre.biz
Powerful Platform for Social Change Where Artistic Heroes Are Made!