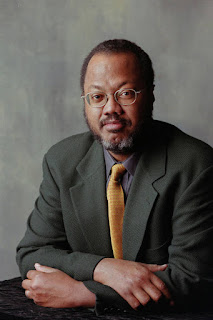 Chester, Pa. – Widener University is proud to congratulate alumnus Brent Staples, ‘73, for winning a 2019 Pulitzer Prize in Editorial Writing. Staples earned this prestigious award for his distinguished editorials “written with extraordinary moral clarity that charted the racial fault lines in the United States at a polarizing moment in the nation’s history,” according to the Pulitzer Prize Board.

“On behalf of Widener University, I extend sincere congratulations to Brent Staples on his remarkable accomplishment,” said Widener President Julie E. Wollman. “We are very proud to have contributed to the foundation for Mr. Staples’ exceptional career in journalism. Mr. Staples’ dedication to composing morally and ethically rich and challenging work serves as an example for every student at Widener as we focus on developing habits of civic engagement and a commitment to social justice.”

His journalism career began as a staff reporter for the Chicago Sun-Times in the early 1980’s. Shortly after, he went on to a position at the New York Times where he has served in various capacities, including editor of the book review and an assistant editor for metropolitan news. In 1990, he joined the Times’ editorial board, a position he still holds today.

For decades, Staples lent his voice as a journalist and an author to identify the truth about racial justice and culture in America. His work captures universal themes that consistently challenge preconceptions and stereotypes and remains an important influence on American politics and culture. He credits Widener with giving him the opportunity that enabled him to achieve his professional successes.

The oldest of nine siblings, Staples grew up close to the university in Chester, Pennsylvania. As a young man, Staples connected with Widener Professor Eugene Sparrow who provided mentorship and guidance at a critical point in his life. Staples attributes the encouragement from Sparrow and support from the Project Prepare program for his academic success at Widener.

“We are very proud to call Brent Staples an alumnus of Widener University’s College of Arts and Sciences,” said David Leaman, dean of the Colleges of Arts and Sciences. “We all congratulate him on his tremendous success in winning a 2019 Pulitzer Prize and for shining a spotlight on critical issues of racial justice in America through his writing.”
Posted by Ms. B at 10:09 PM No comments: