I started the Eagles game at the second quarter, Eagles losing 7-28 to the Giants. I had no plans to watch this game because as an Eagles’ fan my season was over a few games ago. I stopped in at the right place because these people had enough sense not to have a cooking show on. You wouldn’t have thought it was a room full of women getting their nails done. Poor Andy Reid! They let him have it. “He should be fired,” “They are gonna get rid of him,” “Really sad,” “Football players should get paid like regular people based on performance,” “The Eagles did not perform at all,” “They don’t deserve the pay.” And these were comments from women at a nail salon. Imagine what men were really saying.

Well while I enjoyed a great mani-pedi, Andy Reid finished his last game of the season in Philly. Reid had a nice run of 14 seasons in Philly leading the Eagles to nine playoff appearances, including five NFC title games and one Super Bowl appearance. The Associated Press is already saying Reid has been fired but there is a bit of formality in that Reid is scheduled to meet with owner Jeffrey Lurie on Monday to discuss his future and an official announcement will follow. There is a possibility Reid might remain with the team in some "advisory" role. Take it Andy. Take time to reflect and get yourself together. Reid is said to be interested in the San Diego Chargers but the interest is not mutual.

The Eagles finished a 4 in 12 season with a blowout 42 to 7 loss to the New York Giants. “Andy Reid is finalllllllly gone!!!!!!!” text one enthusiastic fan. But not so fast, let’s wait for the news to become official tomorrow.


I love Clippers Basketball. They are amazing.

* PIAA Class AAAA championship
Posted by Ms. B at 6:17 PM No comments:


Chester Vs Imhotep Jameer Nelson Classic 2012 @Yesgodtv
Comment from Sportsman Dave Burman: One of the greatest HS basketball game ever played!! Friday night Chester vs Imhotep--absolutely an insane, great game!! Enjoy the video!!!!!!!!!!!!!
Posted by Ms. B at 1:12 PM No comments:

Picture of the Day: Snow 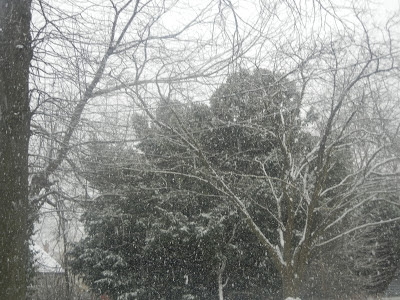 The first snowfall of the season

Email ThisBlogThis!Share to TwitterShare to FacebookShare to Pinterest
Labels: Picture of the Day: Snow


I read this post yesterday, The gun violence at home.
Have you had a chance to read it? Not good news!

Which led to this editorial today, Don't forget the 23 people killed in Chester.

Email ThisBlogThis!Share to TwitterShare to FacebookShare to Pinterest
Labels: Of the 31 Homicides in Delaware County 23 was in the City of Chester
Newer Posts Older Posts Home
Subscribe to: Posts (Atom)