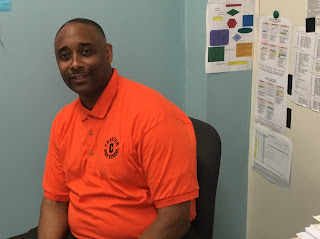 Congratulations to Keith Taylor who will be the new head basketball coach for Chester High School. Taylor mentored under Fred Pickett during his time as coach at the high school serving as an assistant. The 1987 Chester graduate is in the school’s 1,000-point club (1,048, 18th-most all-time) and Hall of Fame…Taylor went on to a distinguished playing career at Central State University in Ohio. He’s worked in the Chester school district since the early 1990s and serves as Chester High’s Climate Manager. He’s also heavily involved with youth coaching at the Boys & Girls Clubs and other organizations in the city (delcotimes).

I spoke with Taylor today who expressed his gratitude for his new position. He said that family and friends have reached out to him with positive comments about his appointment. Let’s hope we can get back to a winning team with respect, values, and humility.