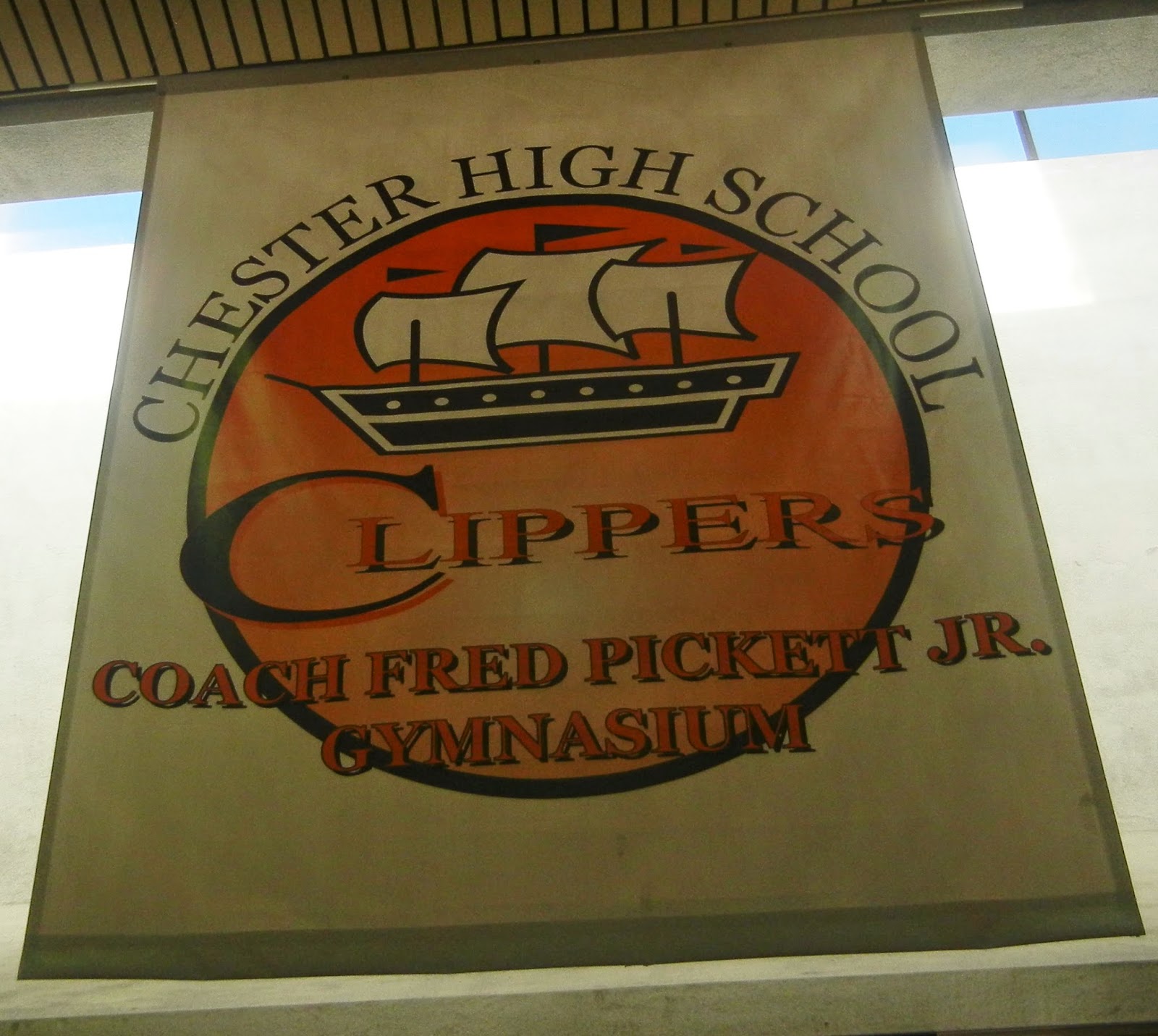 Chester (12-7) stopped their three game losing streak with a comfortable 71-49 triumph over the visiting Chichester Eagles. With the win the Clippers kept their Del Val League Championship hopes alive by improving to 6-2 in league play. Chester led this contest from start to finish putting 11 of their 12 players in the scoring column led by sophomore Jamar Sudan's team high 15 points. Junior Stanley Davis joined Sudan in double figures with 10 points. Three Clippers, Keyonte Watkins, sophomore Jordan Camper and fresh up from the JV team, Dymon Colbert each contributed 8 points. Sophomore Ahrod Carter knocked down 7, junior Jahmi Bailey added 6, Maurice Henry had 4, Deshawn Hinson and Jamal Jones chimed in with 2 apiece and junior Juanir Moore completed the scoring with one. The Clippers also found their mark at the charity stripe connecting on 16 of 20 shots. Chester led at the end of each quarter, 18-11, 41-23, 55-39 and of course the final of 71-49.

The Clippers will get the weekend off and return to action on Tuesday, February 3rd when the Interboro Bucs visit the Clip Joint for a 6:30 JV tip-off.
Posted by Ms. B at 12:07 AM No comments:

The Chester High School Hi Q team was host to Penn Wood, and Bonner & Prendergast in a competition at the high school January 29th. Throughout the yearly competition, Hi-Q Teams get a chance to serve as host. Scott Paper Company in Chester was the first to start the HI-Q competition in 1948. All teams participated in the spirited competition.
Posted by Ms. B at 11:13 PM No comments:


Widener University in partnership with WCAU-TV NBC10 has announced the winners of the Widener University High School Leadership Awards. For the fourth year, “the program recognized 134 students from high schools in Pennsylvania, New Jersey and Delaware who demonstrated courage and leadership within their communities.”

Students were selected for making a difference in their communities or schools. Winners will celebrate in a program at the National Constitution Center on March 25, 2015 and in a leadership conference hosted by the Oskin Leadership Institute at Widener University in the fall of 2015. “High School Leadership Award winners who choose to enroll at Widener receive a $20,000 scholarship over four years.”

A shout out to Chester High School senior Willie Mallory III for being one of the winners!

For more information and to view the list of winners Click Here
Posted by Ms. B at 5:38 PM No comments:

The Chester Clippers were sunk by a trey at the buzzer and lose their second consecutive Del Val League contest to the Academy Park Knights 51-48. Sophomore Ahrod Carter thought he had given Chester the lead 49-48 with a trey with 14 seconds remaining in the contest but the referee changed the basket to a two which set the stage for the shocking results. After the Knights initial shot bounced long, it was retrieved and resulted in the winning basket. It's gonna take some serious research to determine the last time Chester loss back-to-back league games. The loss also put the Del Val League Championship up for grabs as Glen Mills is the only team with one league loss. After playing an outstanding defensive first half limiting the Knights to just 14 points, seven in each quarter, the Clippers held a slim 20-14 lead at the intermission. Maurice Henry led the way scoring 10 of his team high 14 points in that first half. Maurice would finish the contest with a double-double having hauled in 10 rebounds. He also rejected four shots. The Knights accuracy at the charity stripe in the 3rd quarter, 7 of 8, allowed them to cut into Chester's lead despite 5 points each from Keyonte Watkins and Marquis Collins. Collins notched a career high of 5 blocked shots to go along with his 3 assists and 5 rebounds. Marquis ended the contest with 9 points. The Clippers led 36-32 going into the final quarter. Chester's defensive woes continued as the gave up a 10-2 run and found themselves trailing 38-42. Chester continued to fight even after several failed attempts at the free throw line. Maurice Henry connected on two free throws to put Chester within two, 43-45, with 1:28 remaining. Academy Park hit an open trey and the Jamar Sudan made 1 of 2 free throws followed by a floater by Carter and again the Clippers were within two, 46-48, with 0:27 remaining. The Knights drew blanks on their next two foul shots leading to Carter's jumper near the top of the key with 14 seconds remaining. And the rest, as they say, is history.

Carter finished with 8 points, followed by Watkins (7), Jordan Camper (4) and three points from both Jahmi Bailey and Jamar Sudan.

The Clippers, 11-7 overall and 5-2 in league play, will return to action on Thursday, January 29th when they return home to the 'Clip Joint' to take on the visiting Chichester Eagles in a must win contest if Chester hopes to at least share the 2015 Del Val League Championship.
Posted by Ms. B at 5:31 AM No comments: 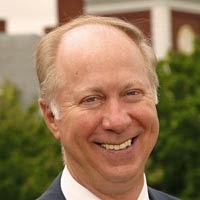 David Gergen, who served as an adviser to four U.S. presidents, will speak at Widener on February 9.

Senior Political Analyst David Gergen, who served as an adviser to four U.S. presidents of both parties, will speak at Widener University at 1 p.m. Monday, February 9 in the University Center Webb Room. The event is free and open to the public, but space is limited. To reserve seating, call 610-499-4112 or e-mail cjcaporale@widener.edu.

Gergen joined the Nixon White House in 1971 as an assistant on the speech writing team, a group of heavyweights that included Pat Buchanan, Ben Stein and Bill Safire. He went on to work in the administration of Gerald Ford, was an adviser to the 1980 George H.W. Bush presidential campaign, served as director of Communications for President Ronald Reagan and as adviser to President Bill Clinton and Secretary of State Warren Christopher on domestic and foreign affairs. In 2000, he published the best-selling book, Eyewitness to Power: The Essence of Leadership, Nixon to Clinton.

Gergen serves as a professor of public service and co-director of the Center for Public Leadership at the Harvard Kennedy School at Harvard University. In this role, Gergen works closely with a rising generation of younger leaders, especially social entrepreneurs, military veterans and Young Global Leaders chosen by the World Economic Forum.

Starting with The McNeil-Lehrer NewsHour in 1984, he has been a regular commentator on public affairs, and currently serves as a senior political analyst for CNN. Twice he was a member of election coverage teams that won Peabody awards. In the late 1980s, he was chief editor of U.S. News & World Report.

Born in Durham, N.C., Gergen graduated with honors from both Yale College in 1963 and Harvard Law School in 1967 and served as an officer in the U.S. Navy.