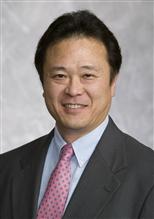 Chester, Pa. – Widener University’s global leadership initiatives recently received a $1 million financial commitment from the family of university trustee Richard Tan, founder and president of Pacific Millennium Holdings Corporation of Shanghai, China, the university announced Wednesday.
Tan committed the $1 million gift to the Oskin Leadership Institute at Widener to expand partnerships between Widener and universities in the People’s Republic of China with an emphasis on students and faculty learning each others’ languages, culture, and ways of doing business.
Over the past three years, Tan has been a strong supporter of the Oskin Leadership Institute and has been instrumental in creating and cultivating partnerships between Widener and universities in China, especially Chongqing Technology and Business University. So far, 97 Widener and Chongqing students and faculty have participated in exchanges between the two universities.
“I am impressed with the mission and vision of the Oskin Leadership Institute and its emphasis on developing global leadership,” Tan said. “Because of the institute, Widener is only going to get stronger and its reputation will swell.”
The Oskin family made a $5 million donation to Widener in November 2008 to establish the Oskin Leadership Institute. The institute strives to perpetuate Widener’s long-standing tradition of leadership and service by inspiring students to be strategic leaders and responsible citizens who possess the character, courage and competencies to achieve positive change throughout the world.
“I’m very grateful for Richard’s friendship, his wise counsel and his staunch support of the Oskin Leadership Institute,” Oskin said. “His work has opened new doors not only to Widener students and faculty, but also to students and faculty from China.”
In addition to the Oskin Leadership Institute, which opened in October, Widener has expanded its leadership initiatives to include the High School Leadership Awards scholarship program in conjunction with NBC 10, and the Voices of Leadership initiative to recognize leaders in business and industry. Widener President James T. Harris III said the generous gift from the Tan family will greatly enhance the university commitment to incorporating a global perspective into its leadership initiatives.
“Through Richard’s work, Widener has been able to add a rich global perspective to our leadership initiatives that has been life-altering for so many of our students and faculty,” Harris said. “This generous gift from Richard and his family will help us broaden those programs, putting us squarely on the path to becoming a premiere university for global leadership.”
Aside from achieving great success as a business leader, Tan has been heavily involved in social and political activities throughout his career. Tan is currently vice chairman of the Shanghai Chamber of International Commerce. He is an outspoken advocate for Asian economic growth and development, and is recognized as a driving force for many multi-nation joint ventures and cross-cultural pioneering projects.
A Widener trustee since May 2011, Tan received an honorary doctorate in international business from Widener in May 2009.
Posted by Ms. B at 7:17 PM No comments:

Email ThisBlogThis!Share to TwitterShare to FacebookShare to Pinterest
Labels: A Bed Breakfast Christmas 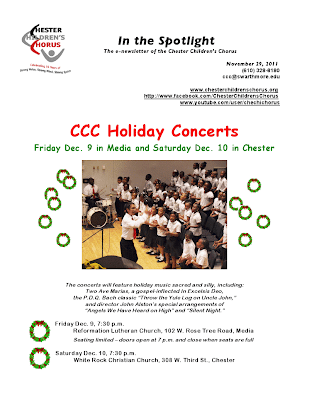 Chester Clippers at the All Delco Football Banquet 2011

“We needed more guys to commit in the offseason,” Crews said. “Programs win and lose in the offseason.”
“Right now, our eyes are completely focused on getting our seniors graduated and into college and our underclassmen focusing on West Chester Henderson, (the first game next season),” he said.
To read the full story Click Here
Posted by Ms. B at 7:42 PM No comments: