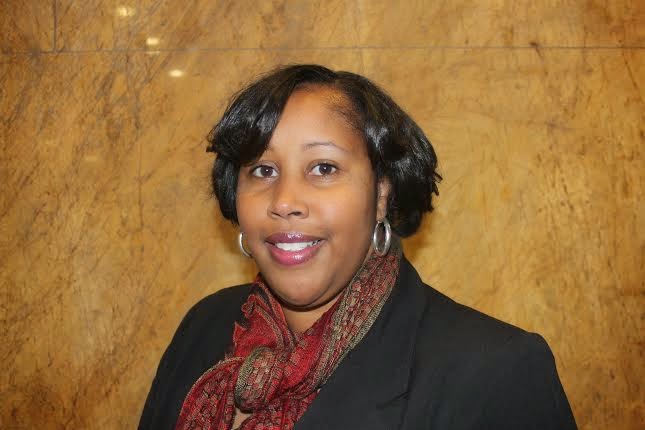 As assistant principal, Thomas works closely with students, teachers and families to enhance the positive school climate; helps shape and lead the professional development program for teachers, and assists Dr. Davis in implementing curriculum modifications and development, according to Dr. Paula Silver, chair of the Widener Partnership Charter School Board of Trustees.

“Whenever a school’s administrator steps down, concerns about leadership and continuity understandably arise,” Dr. Silver wrote in a letter to parents on November 20. “We are most fortunate to be able to make, we believe, a seamless transition in leadership. In just a few short months, Ms. Thomas has made her mark as a dynamic academic leader. All who have had the opportunity to interact with Ms. Thomas have praised her as a wonderful addition to our school.”

Thomas holds master’s degrees in reading and educational leadership from Arcadia University and a bachelor’s degree in sociology from Millersville University of Pennsylvania. She is certified in Pennsylvania as a principal and reading specialist and holds English certification for grades 7-12.

“I believe I have found my professional home at Widener Partnership Charter School and I am committed to taking the school to the next level,” Thomas said.

Since her appointment in July 2013, Dr. Davis made significant contributions to the school’s academic program and culture. She led successful efforts to redesign the language arts and mathematics curriculum, enhanced the partnership between the school and families and implemented an aggressive professional development program for teachers.

“We are very grateful for the contributions Dr. Davis has made to our school and we wish her and her family well,” Silver said.

Widener Partnership takes a holistic approach to education that emphasizes a low student to teacher ratio, the social and emotional development of each student, a close partnership with parents and caregivers, and the inclusion of music, art, physical and health education and foreign language instruction as integral parts of the curriculum.

Because it is affiliated with Widener University, the school receives a variety of supports from the university including education faculty and students who support and enhance the instruction of classroom teachers, graduate students from social work and clinical psychology who provide a range of services to the children and their families, and the use of university facilities such as the Science Teaching Center and the Art Gallery.

Video is from November 20th reception at Freedom Hall, Widener University, Chester, PA
Posted by Ms. B at 4:21 PM No comments:

The new Chester Magazine, written by Widener University students, was debuted on November 20th at Widener’s main campus. The students from the Magazine Journalism course who produced the magazine were honored for their work. A public reception was held at Freedom Hall. Speakers at the reception were Chester Mayor John Linder and Widener University President James T. Harris III. The magazine celebrated Chester’s achievements with stories about “Strong Cities, Strong Communities,” new grocery stores in Chester, and Phatso’s Bakery. The magazine is filled with photographs of sites around the city like PPL Park, Commodore Barry Bridge, and Harrah’s. 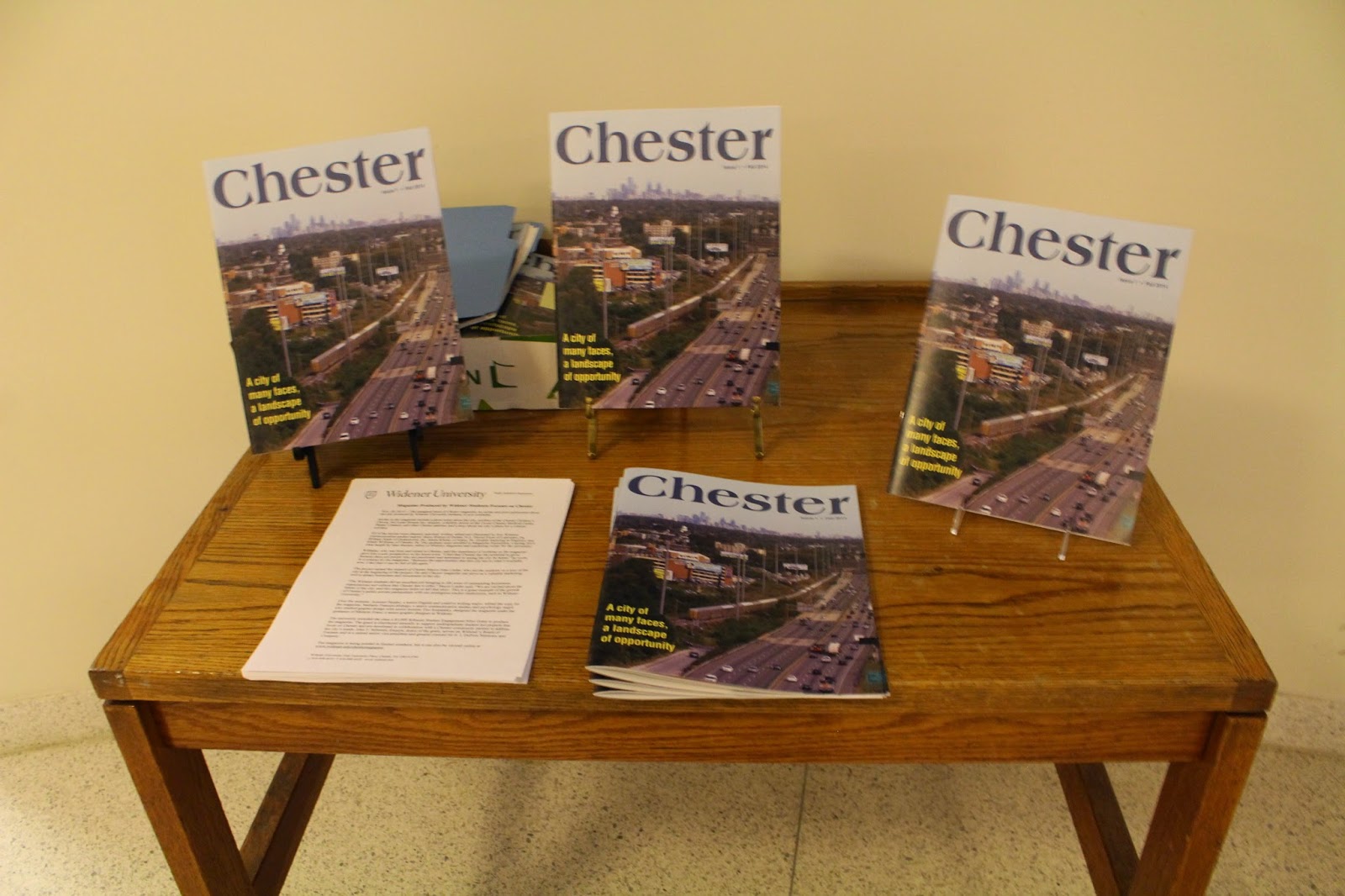 Stories from the magazine include “Babies, Babies, Babies” about a fertility doctor at the Crozer-Chester Medical Center by Devon Fiore of Lancaster, PA; “Sing Out” showcases the talent of the Chester Children’s Chorus by Maria Klecko of Aston, PA; “Laran Bronze: Making History one Monument at a time”(Chester’s foundry) by Jason Bishop of Delran, N.J; “Chester Spreads Awareness through Renovation” (Deshong Museum) and “A Chester’s Native Perspective: Through Ups and Downs, I See Chester’s Potential” by Khalil Williams of Chester, PA. Read these stories in the issues circulating around the city of Chester or online at www.widener.edu/chestermagazine.

The students shared different roles in putting the magazine together. All of the stories were planned, reported, written, edited and illustrated by Widener students enrolled in a Magazine Journalism class spring 2014 and taught by Sam Starnes, editor of Widener Magazine and marketing writer for the university. The magazine is the real life hands on product of the course. It serves as a great outcome for the City of Chester and Widener University.
Posted by Ms. B at 12:02 AM No comments:

Boxing for Fight Fans at Harrah's 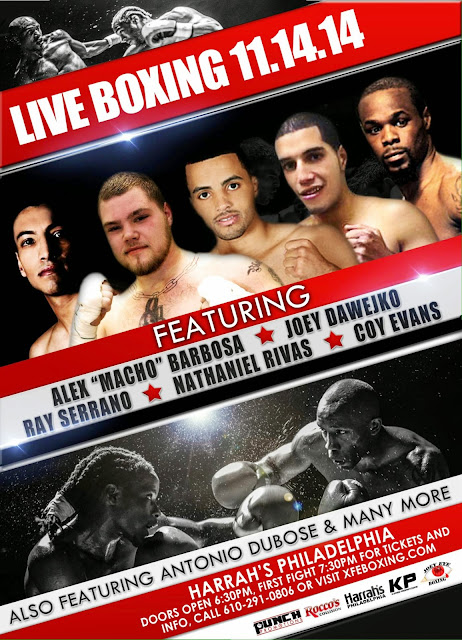 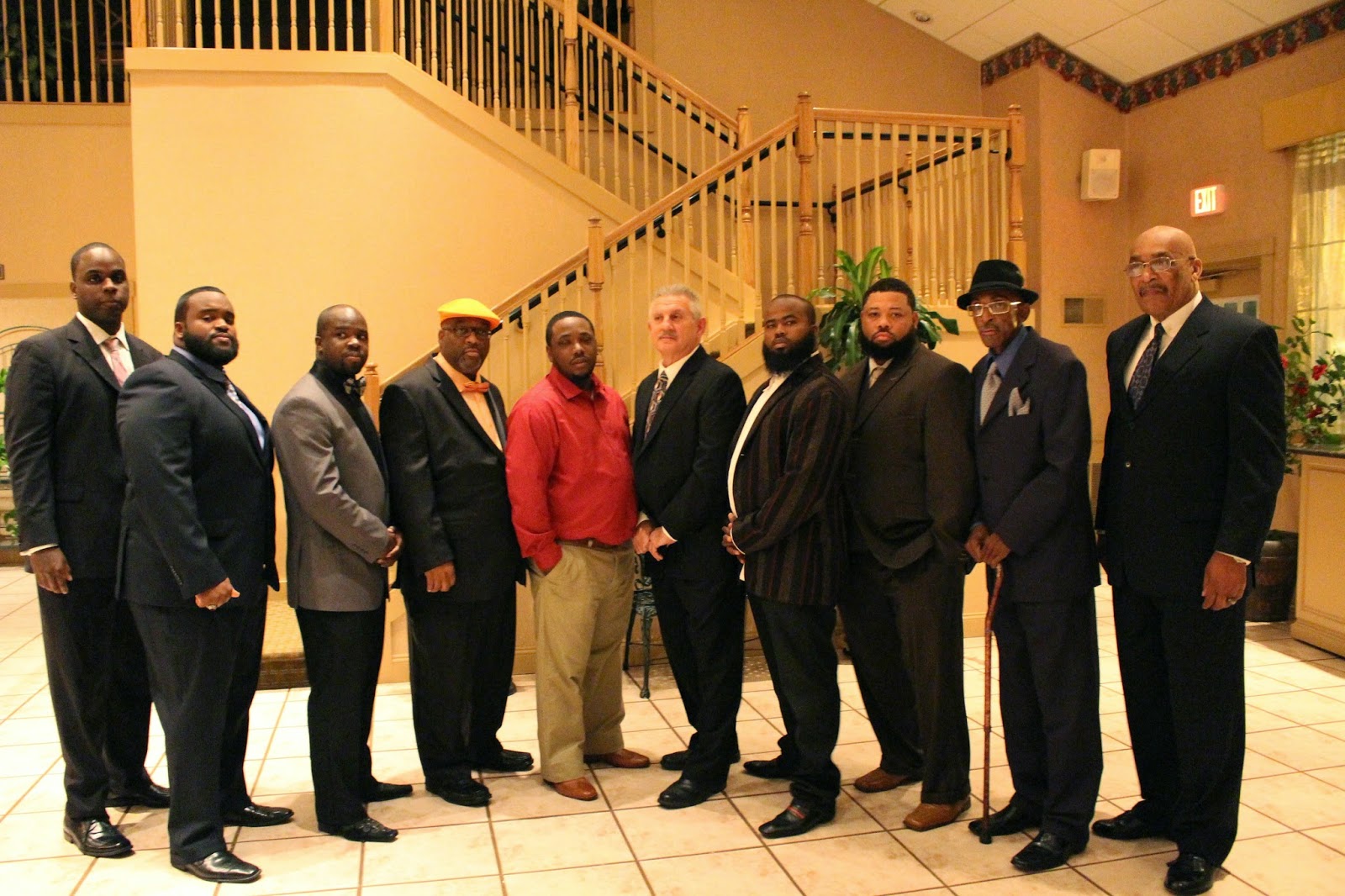 23RD ANNUAL INDUCTION CEREMONY
Last night, November 6th, 2014 the Chester High School Hall of Fame held its 23rd Annual Induction Ceremony at the Concordville Inn in Concordville, Pennsylvania. This was my fourth time attending the ceremony which is held in high regards. Coach Fred Pickett, who recently passed, was always at the ceremony. This time he was there in spirit as tributes poured out recognizing his many years of contributions. Coach Pickett’s viewing will be at the high school on Friday, November 7th from 5-9pm. Funeral will be on Saturday, November 8, 2014 at the First Pentecostal Church, 5th & Pusey, Chester, PA. Viewing:  8:00 to 10:00 a.m. and Service: 10:00. 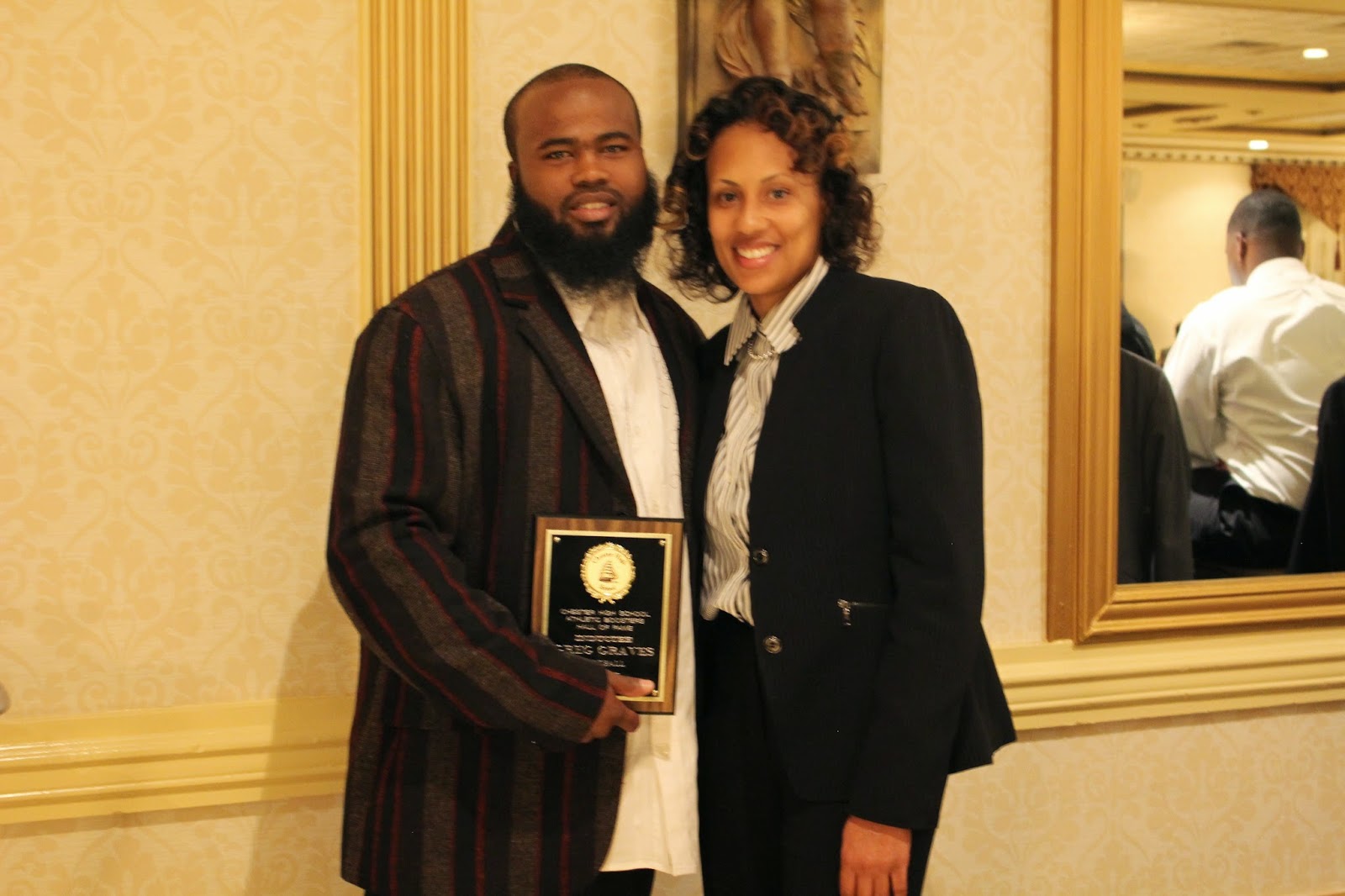 Greg Graves FOOTBALL 1995-1997
2nd Team All Delco 1996 & 1997
In his junior year Greg came a few yards short of 1,000 and had 10 TD’s. He was a crafty runner with great speed and moves like Barry Sanders. He was a great teammate who could pick his teammates up with a joke in the locker room or on the bus after a tough loss. Greg has spent the last 11 years teaching the game of football to the youth of Chester. 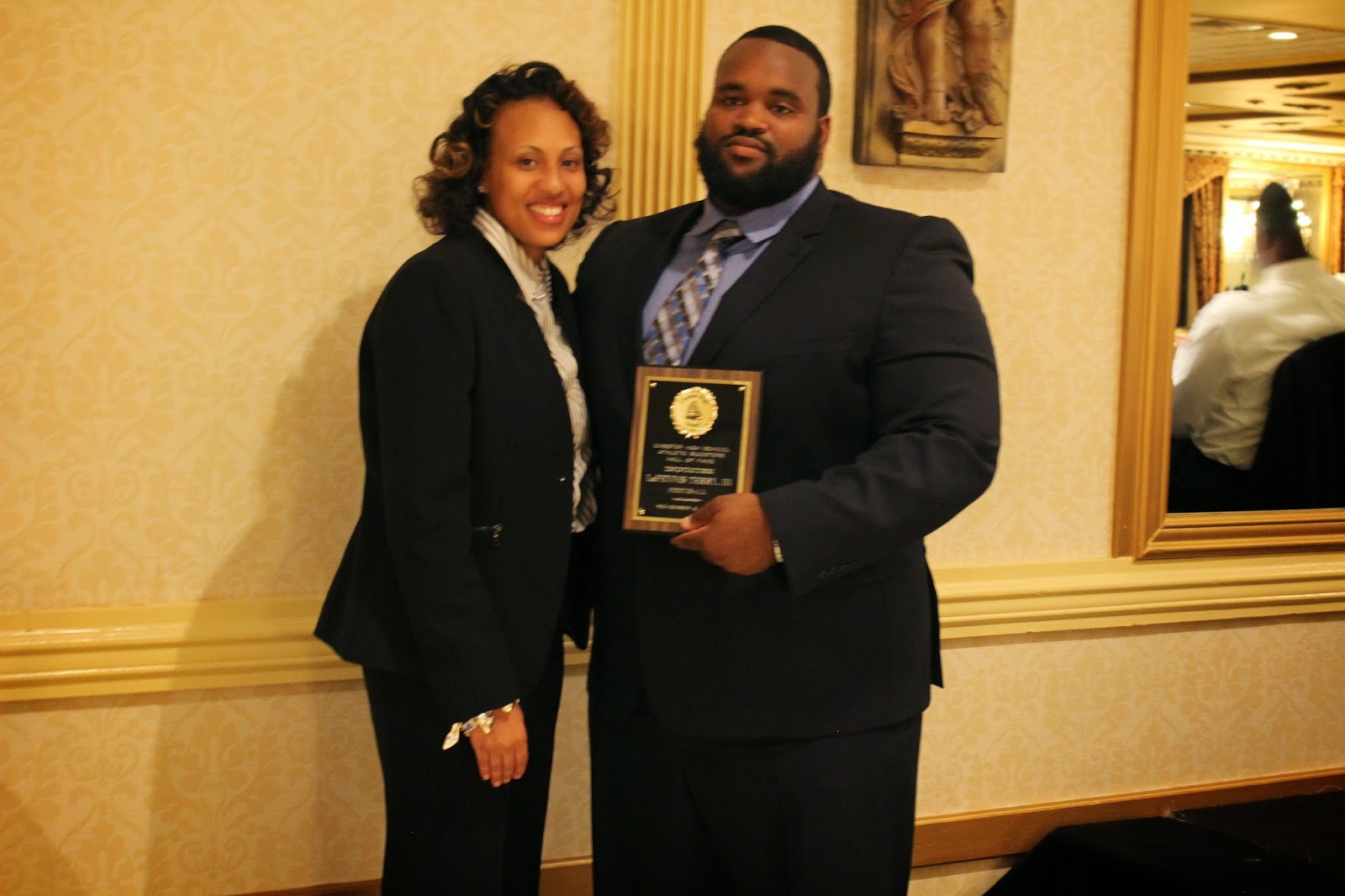 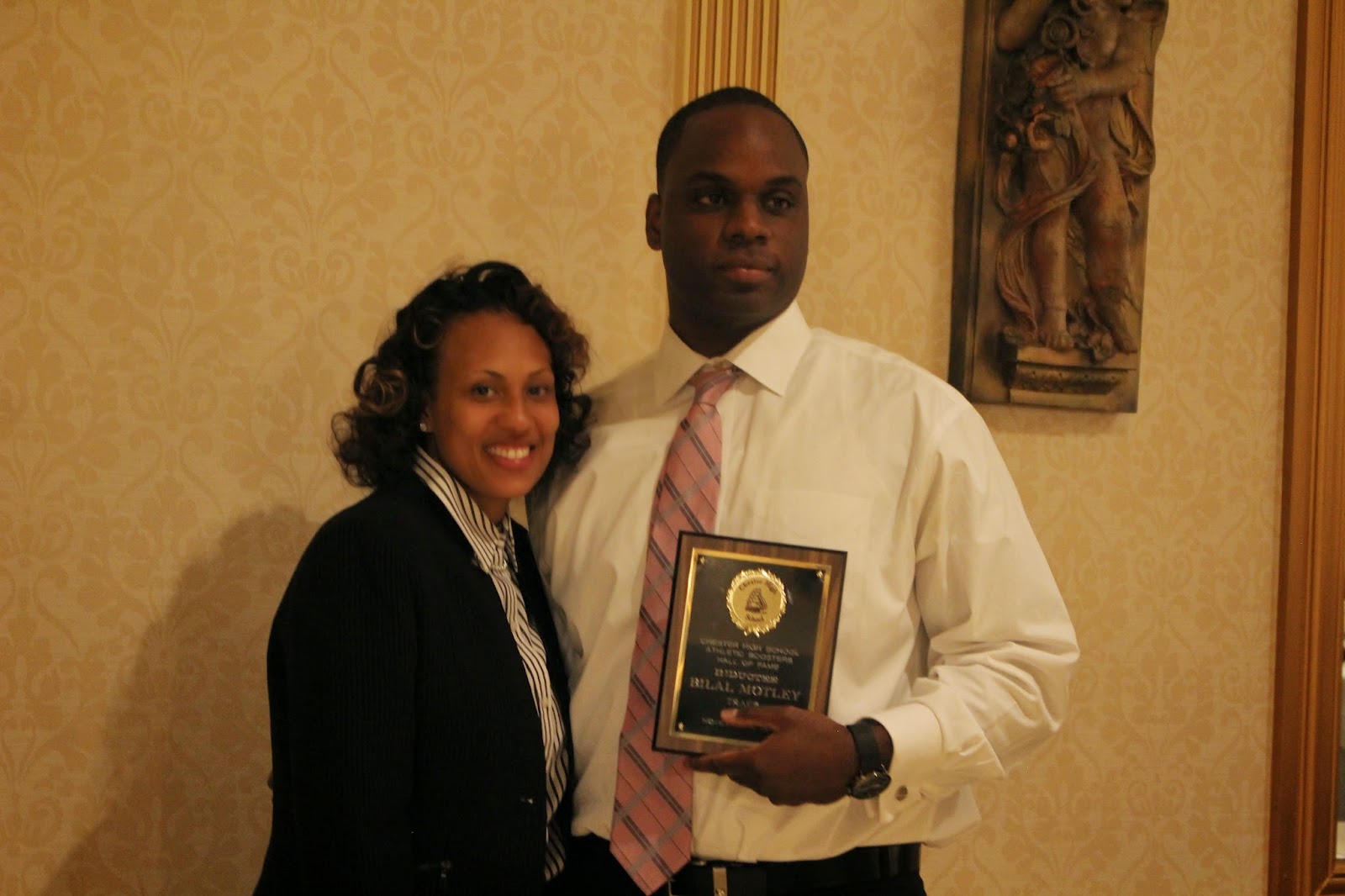 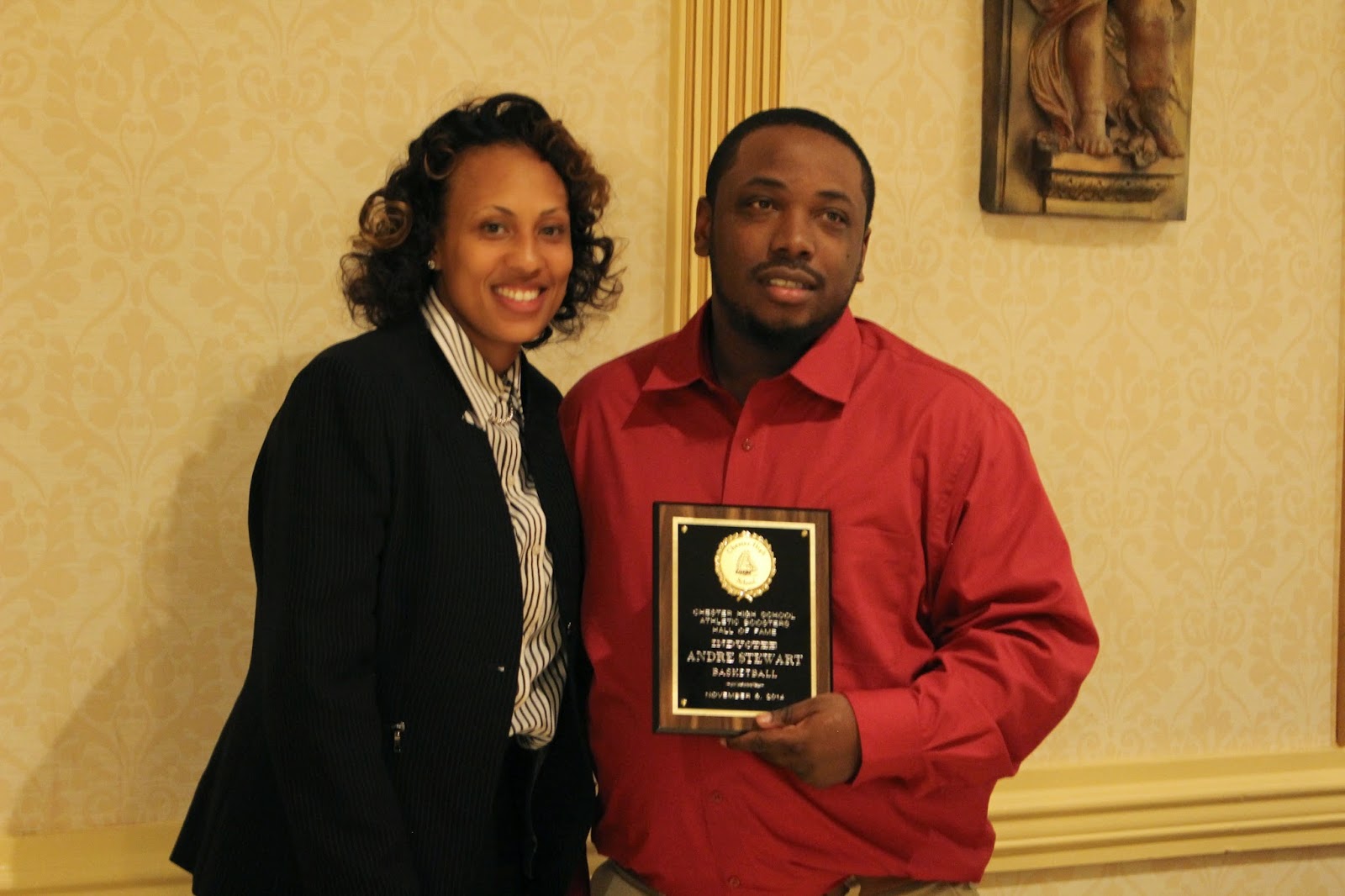 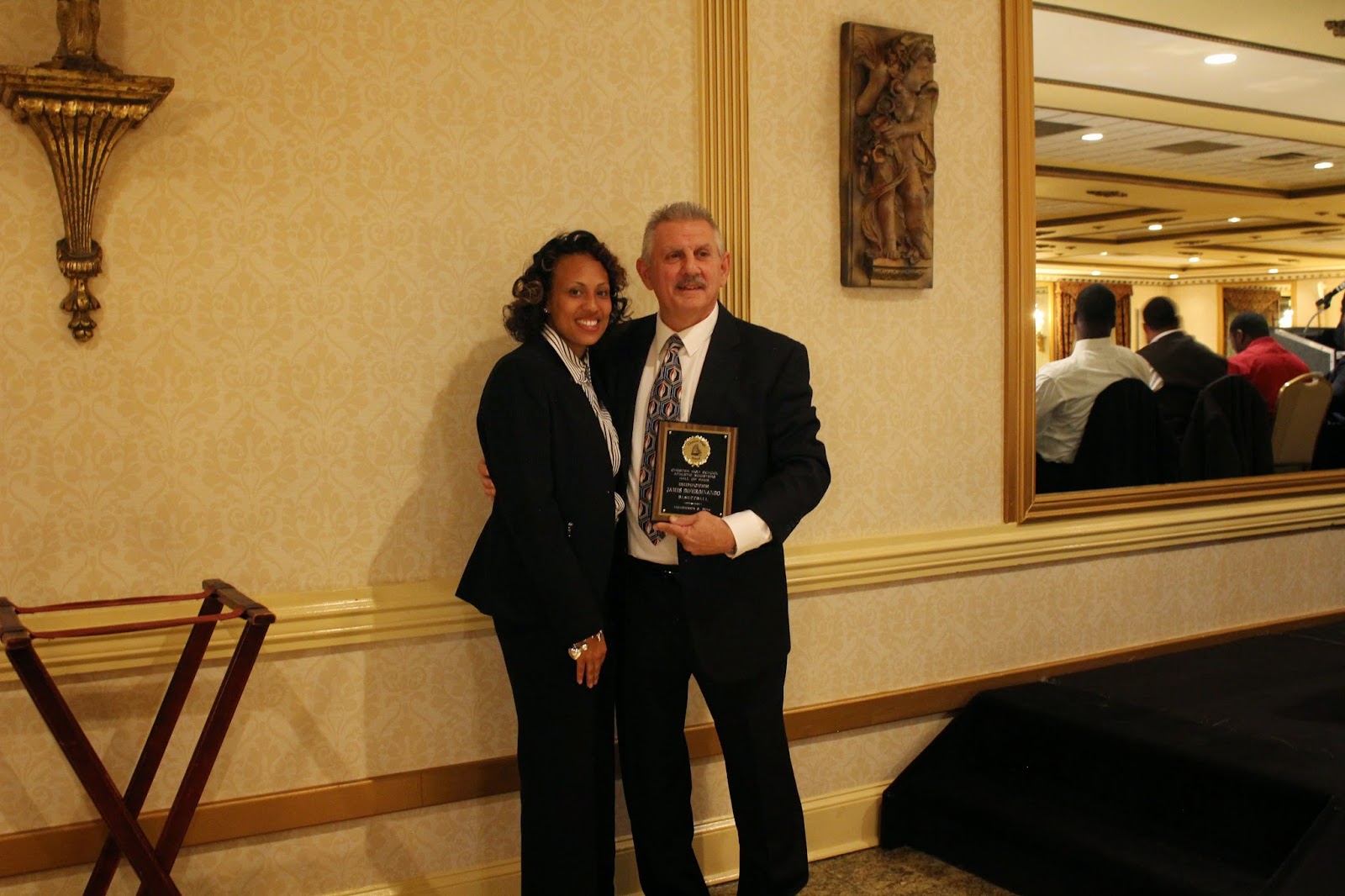 James Diferdinando Basketball 1970-1971 (Brother Joe standing in)
After graduating from the high,
Attended Brandywine JR. College in Delaware 2 years on a basketball scholarship; Played two years college level. While stationed in England with the Air Force, played professionally for an English Team (Fiat Motors) for two years; continued to play recreationally at various locations throughout my working career. 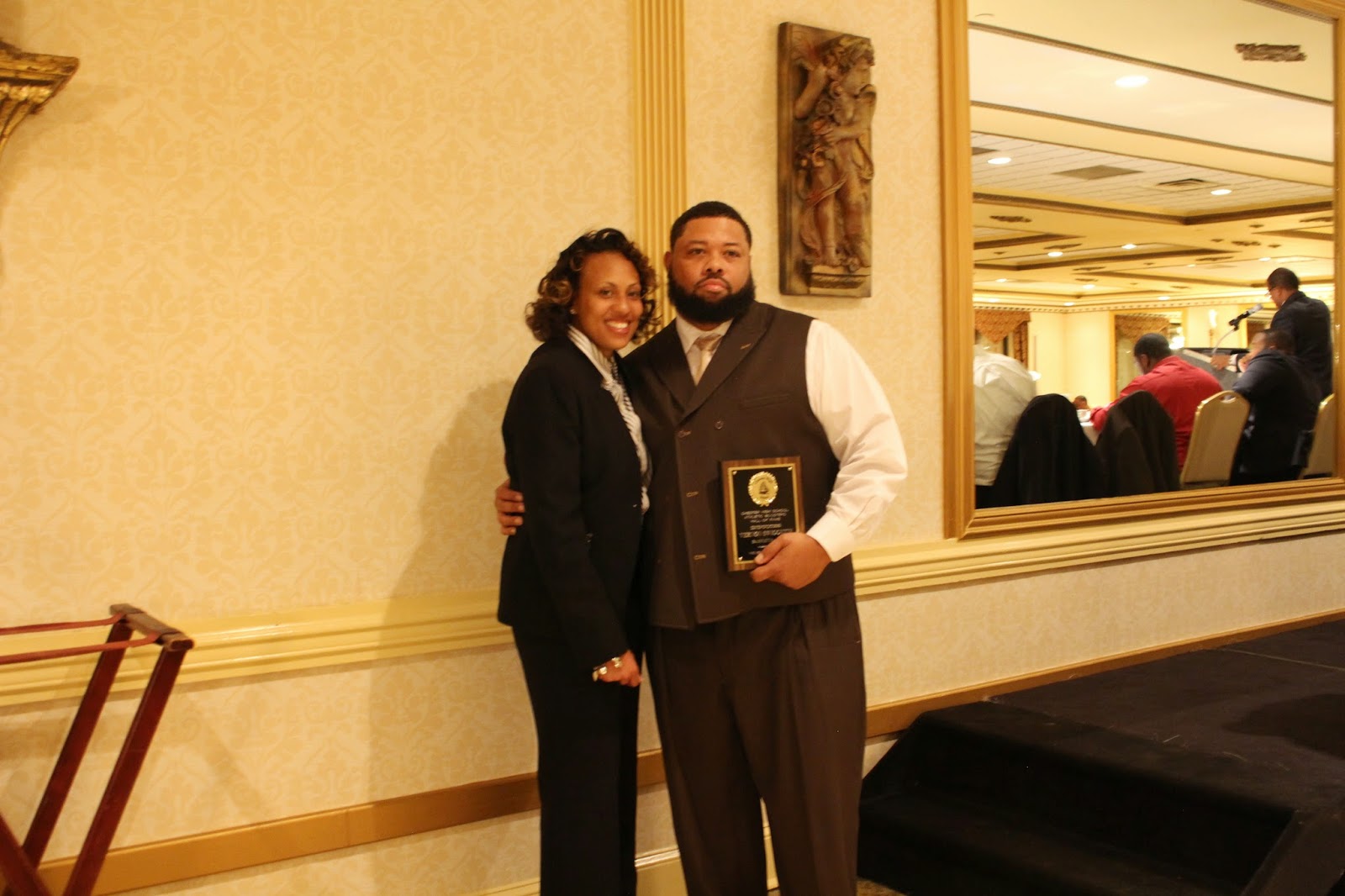 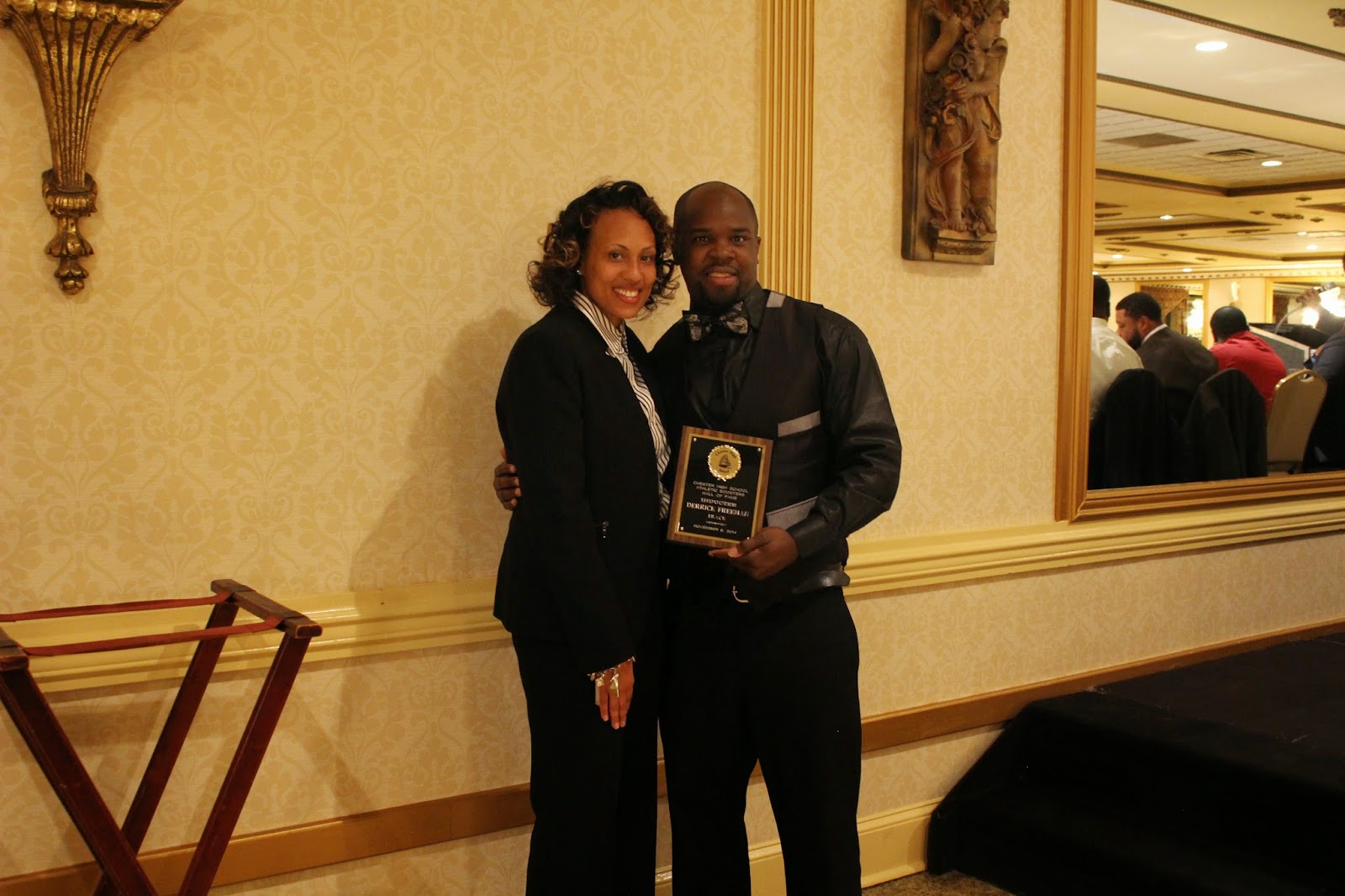 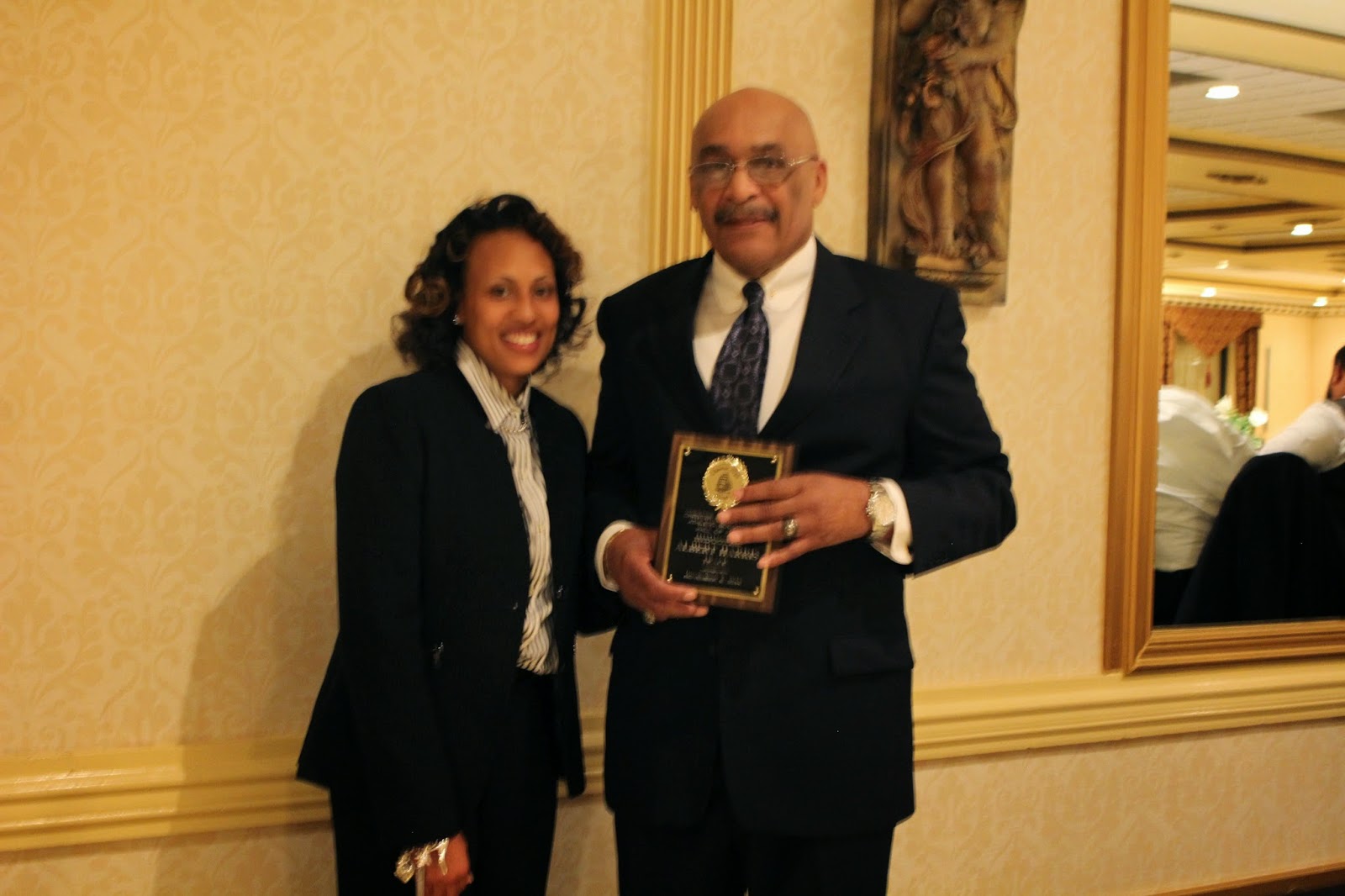 Albert Harris TRACK 1950-1952
Albert participated on the Varsity Track team for 2 years and lettered both years as a javelin thrower; Albert won all his dual and triangle meets, winning numerous championships, in his senior year he was selected to compete in the Penn Invitational Meet held at Franklin Field. He was presented certificates of achievements from Delaware County Kiwanis Association for his outstanding performance and the West Branch YMCA for being an outstanding competitor and a helper to young people in the community. 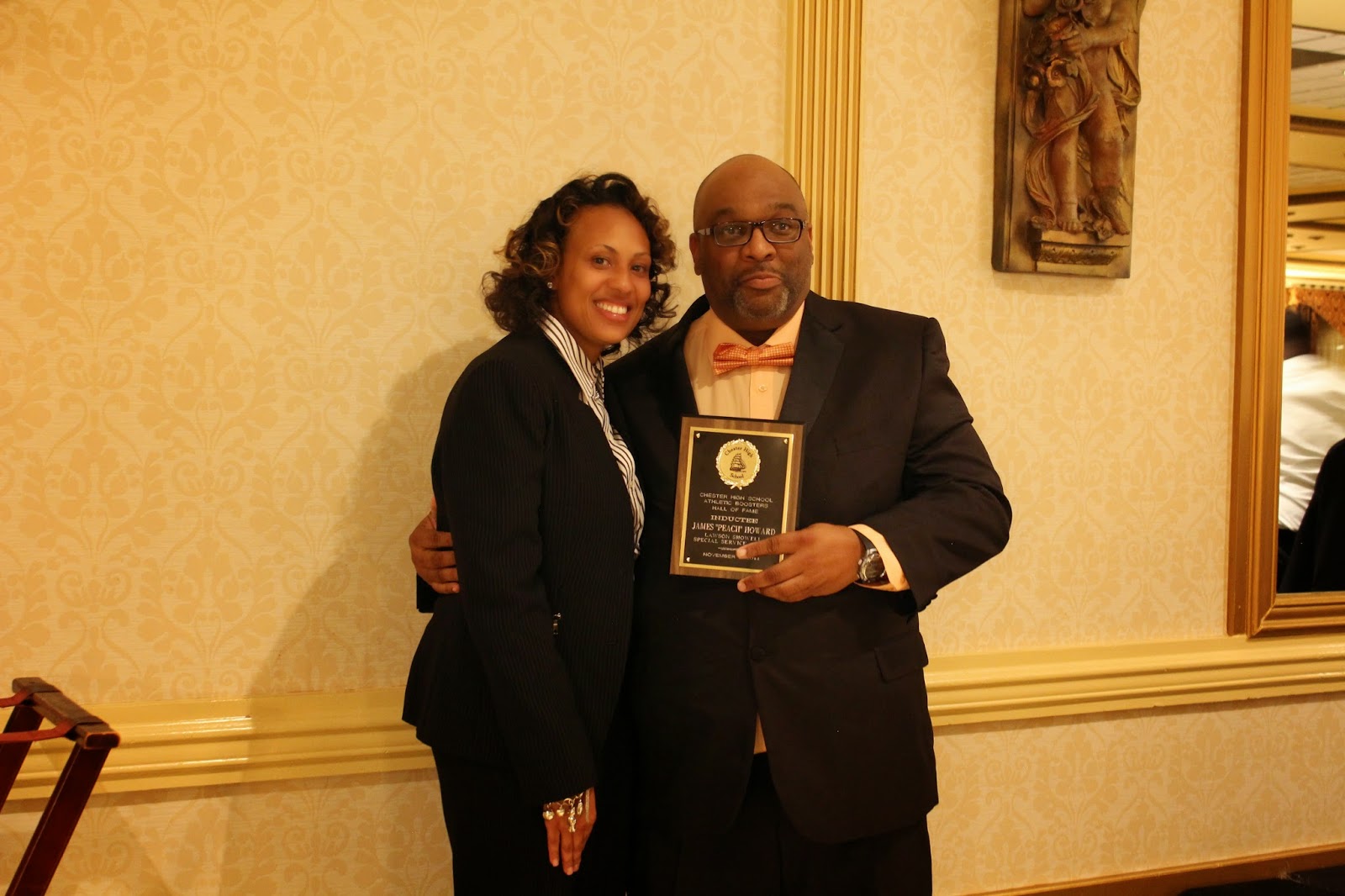 James (Peach) Howard
Recipient of Lawson Showell Award
Peach is a Chester High School Class of 1982 Graduate. He has embraced C-Pride since his playing days (1979-1982). He started coaching middle school football in
1989 as a linebacker coach, after one year he became Head Coach for Chester West Middle School team. In 1994, he was promoted to the High School Staff; he was Varsity Defensive Coordinator from 1998 until 2009. He handled equipment and took stats in 2010 and 2011. He has back coaching the linebackers since 2012.
He has been the voice of the “Clip Joint” since 1997. He was voted best P.A. announcer 2002 & 2003. 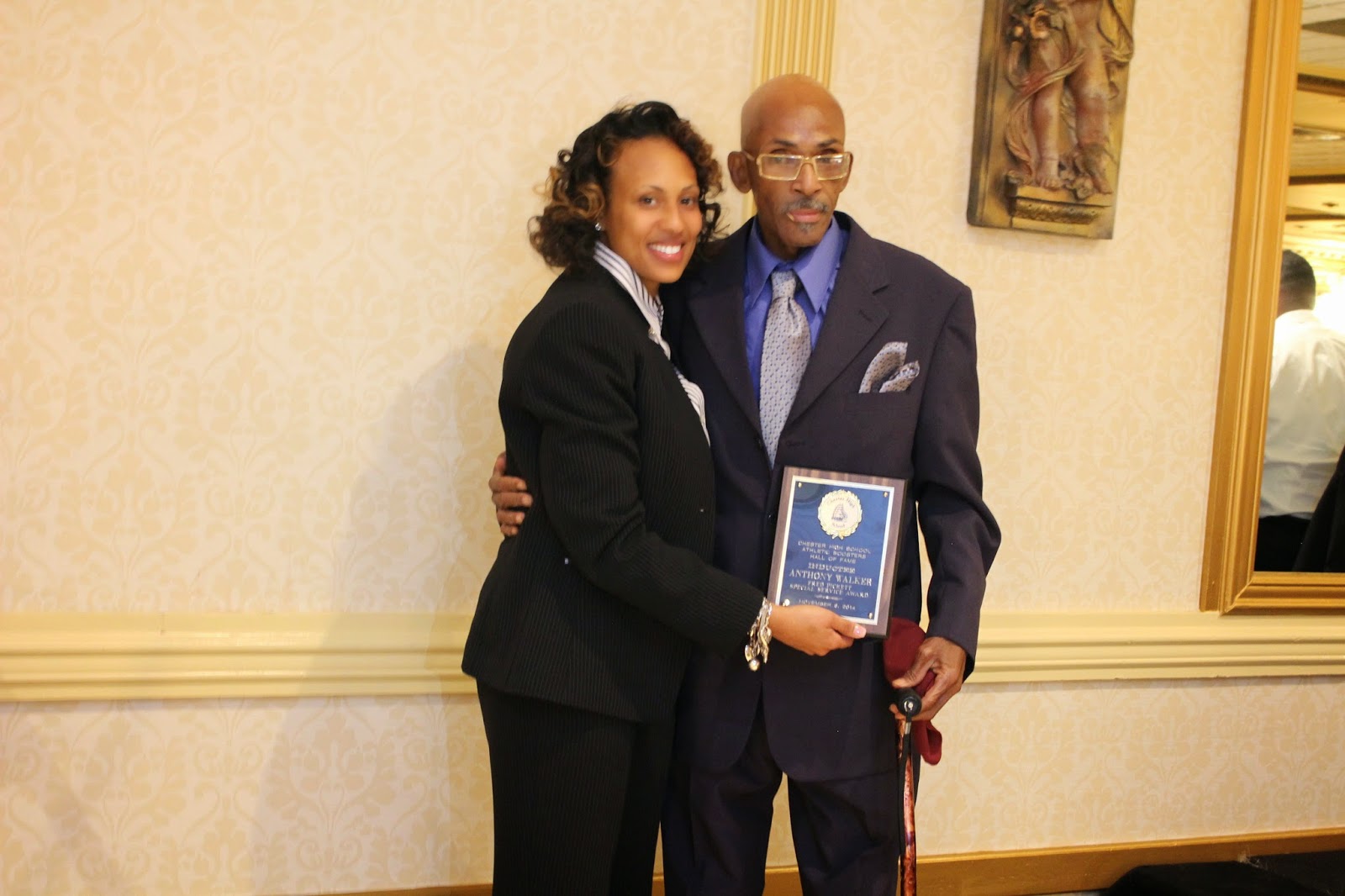 Anthony Walker
Recipient of Fred Pickett Award
Tony Walker is a Chester High School class of 1974 graduate. Tony’s passion for the game of basketball as player, he began coaching in the Chester Biddy league.
He coach over 30 years there. During that time he also coached in the Sonny Hill
League in Philadelphia and moved on to coach at Ursinus College. While caching
Tony was a Big Brother and a single parent. He received the Gift of Life Award for Community Service in 1994 from the Pennsylvania Partnerships for Encouraging and Celebrating Excellence in Child Development at Home and at School. 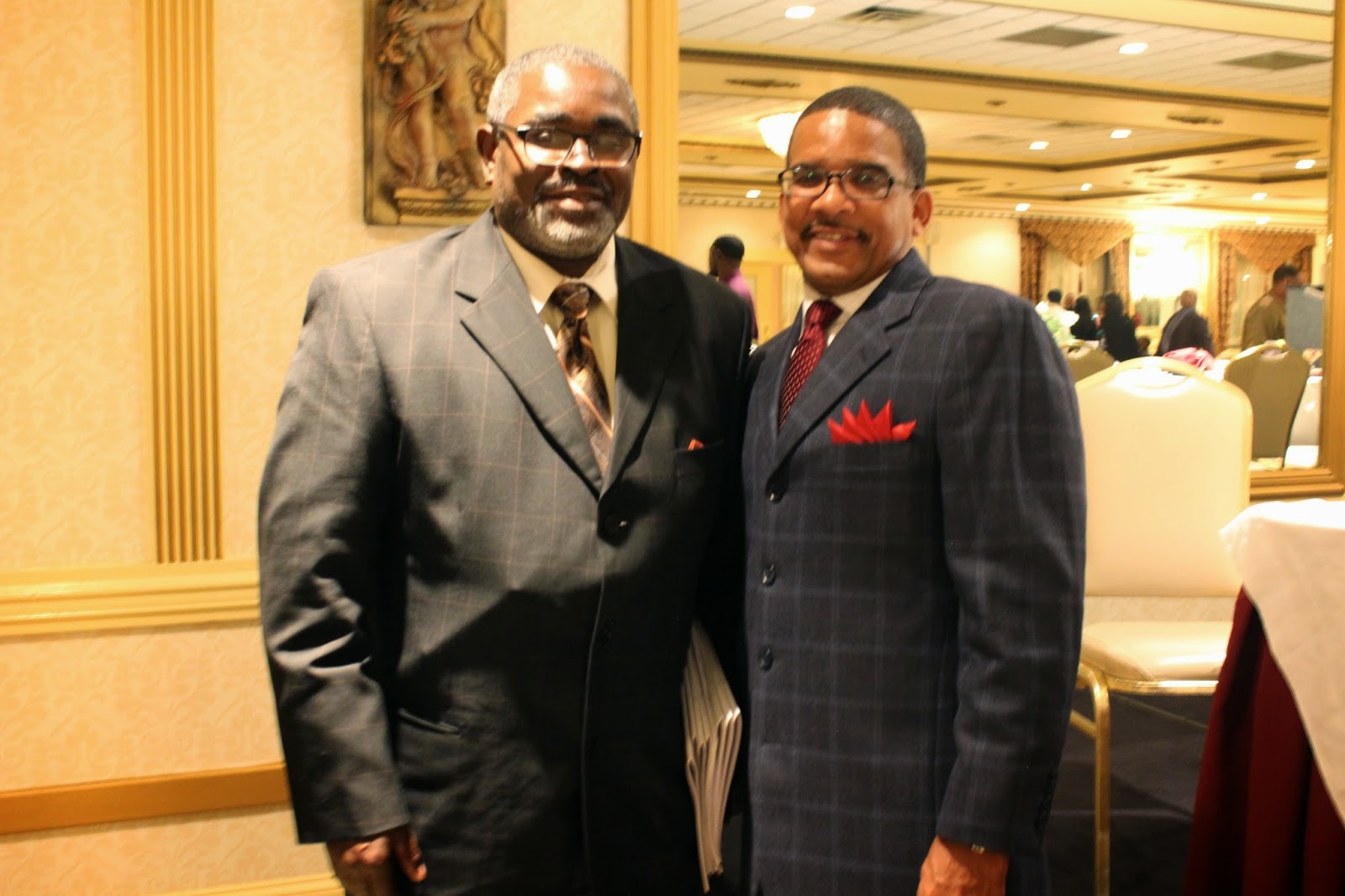 Information on Inductees complied by organizer Mark Freeman (left) and Terry Thomas, Toastmaster (right)
Posted by Ms. B at 12:05 AM 1 comment: