Students serve up lunch to community

Are you tired of asking yourself: What’s for lunch? Looking for some variety to spice up your taste buds? Students in the School of Hospitality Management at Widener University can help by preparing lunch for you as part of the school’s Fall 2012 Lunch Series.

The first serving of the lunch series will be offered Tuesday, October 2.

Served in the J. Willard and Alice S. Marriott Dining Room on Main Campus at Widener University (located on the first floor of Academic Center North on 17th Street between Walnut Street and Melrose Avenue), lunch is available on Tuesdays from 11:30 a.m. to 12:30 p.m.; items include a variety of soups, salads, sandwiches, and entrees at reasonable prices each week.

A sneak peek of the menu: Chicken Stir Fry with Vegetable Medley.

Can’t make the first serving? The Lunch Series will run through December 4.


Recently the Chester Upland School Board eliminated 4 football coaches. The Clippers football team will still complete the season. But the elimination of the 4 coaches resulted in the following open letter. This is a must read!

In three years, the Chester Football team has produced a record of 7-17. To put it mildly, this is not a great record. Is a win-loss statistic the only indicator of a successful program, though? The answer is an emphatic NO! In the past three seasons, those teams, while finishing below .500, have produced 15 college student athletes. All of these collegiate athletes are successful on the field and in the classroom. These students have enrolled in schools such as Widener University, West Chester University, Thaddeus Stevens Technical School, and Delaware State University. If you were to ask any of these fine young gentlemen who helped lay the groundwork for their current success at the collegiate level, they will tell you it was the coaches on the football team.

As a current coach at Chester and a former coach at Interboro, I have learned that a coach does not just teach the x’s and o’s of the game. Effective coaches help teach the life lessons that form a foundation for success in an athlete’s life. Self-discipline, motivation, and a commitment to a goal are some of these life lessons. As a member of Chester’s football staff, I realize these lessons are the foundation of this team’s success. This is why, as a coach on the Chester Clipper staff, it was shocking today to learn that the staff was drastically downsized. Eight outstanding mentors and leaders of young men were cut down to four. Making the job harder, was the fact that our head coach was instructed to eliminate not only positions but, if necessary, freshmen and junior varsity football if he could not make due with his new skeleton crew of a staff.

The facts were staggering. The game jerseys were twelve years old; the practice jerseys were twenty-two years old. Numbers were faded and missing. The jerseys were tattered and worn. Shoulder pads worn by players in the 2011 season were from the late eighties, in some cases. The thigh, knee, and hip pads were even older. These issues were not just cosmetic; they also posed safety issues. Our players needed proper protection.

Some of the biggest issues, though, were off the field concerns. Rodents in the high school were using stored practice equipment as a place to nest. To save this equipment from further damage, it had be moved to a secured storage container outside of the building. At some point, scrappers stole the team’s chutes and two-man sled. At the Athletic field, the toilets do not work. The water cannot be drunk from the fountain because it comes out a putrid, blackish brown. At the high school, the situation is the same.

The coaching staff decided something had to be done. We could not wait for the district to attempt to come up with the funds by themselves. Teaming up with Coach Montgomery, we were able to raise $30,000 through public grants and private donations. This money went to buying new jerseys and pants, plus knee, thigh, hip, tailbone, and shoulder pads. With the help of local businessman Joey Iacona, we were able to procure a storage locker for our pads. We were able to buy specialized sleds to replace our two-man sled. The team’s seven-man sled was cut down to a five-man sled and the remaining portion was converted to a two-man sled.

What should have cost the district $30,000, cost the district nothing. There was no district-incurred cost for this fundraising. All of the legwork was done during the off-season when the coaches essentially volunteer their time. In spite of the savings to the district and the fact that between freshmen football, junior varsity football, and varsity football there are 50+ young men being mentored and looked after everyday, the school district saw fit to cut the staff from eight to four and leave it up to the head coach whether to continue the junior varsity and freshmen season.

I have never been a political man, but my philosophy on life when dealing with the masses is simple. Cherish your elders and traditions and mentor your young. The Chester Upland School Board has failed its city on all accounts with its actions toward the football program this week. Congratulations! You have destroyed and crippled a once proud football program, completely disregarded the pride your graduates and alums have in the school’s football tradition, and given walking papers to some of the finest mentors of young men in your city. 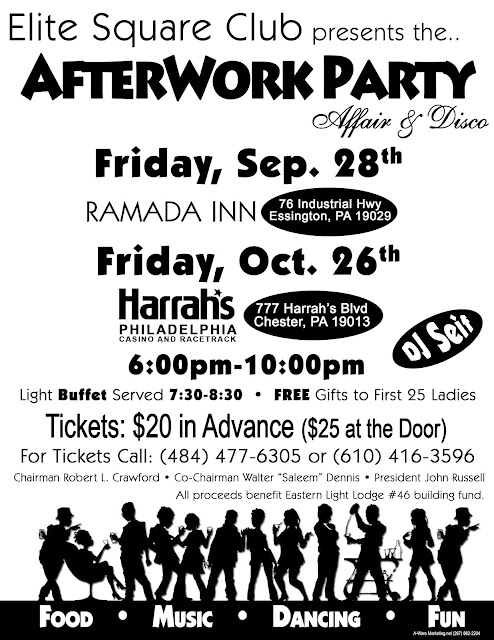 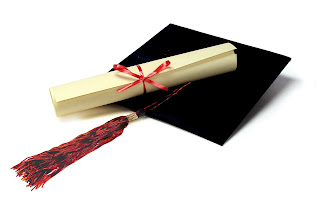 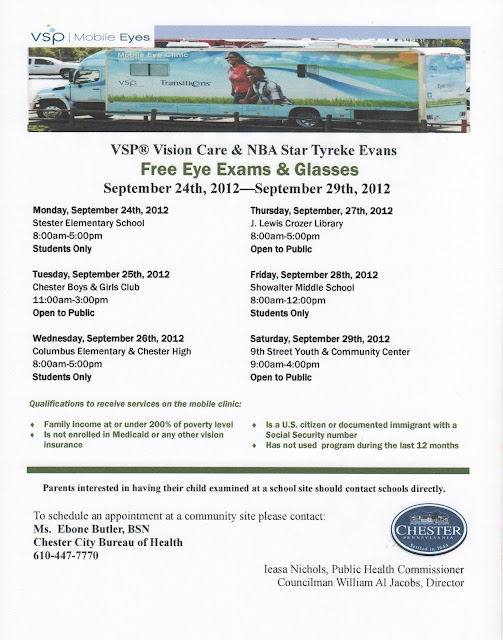 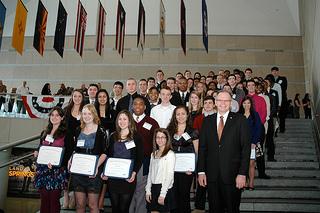 Widener University recognized as one of the nation’s premier universities for civic engagement and applied leadership, today (September 17) opened the nomination period for the second annual High School Leadership Awards. In partnership with WCAU-TV NBC10, this program identifies the region’s high school students who embody the university’s commitment to develop and inspire leaders who affect positive change.

Principals in Pennsylvania, New Jersey and Delaware have been encouraged to identify current high school juniors who exhibit strong leadership qualities. Through this program, Widener University and NBC10 aim to recognize students who have demonstrated courage by standing-up for what is right, finding a way to address a wrong, or making a difference in a significant way at his or her school or community.

One student may be nominated per school by their principal. The selected students will receive an opportunity to participate in a leadership experience at Widener University in the fall of 2013 and attend an awards ceremony at the National Constitution Center where they will be recognized. Most notably, winners will receive a $20,000 scholarship over four years if they enroll at Widener University for undergraduate studies.

"After recognizing 69 students last year, we are pleased to be able to honor another set of high school juniors who demonstrate the courage of a leader in their daily lives and local communities," said Widener University President James T. Harris III. "The mission of Widener University is rooted in preparing students for responsible citizenship through experiential and service learning. By recognizing local students for their contributions, we not only reaffirm but also extend our important mission." 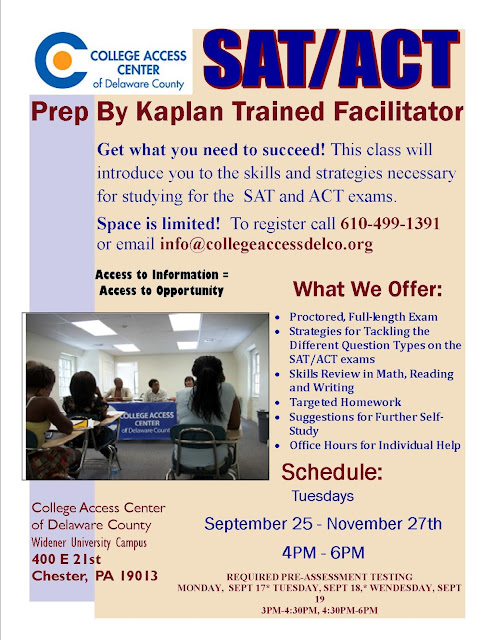 Click on Flyer to Enlarge
Posted by Ms. B at 5:47 PM No comments:

CUSD Welcome Back to School Sessions


WELCOME BACK TO SCHOOL
For Parents of CUSD Students

What: Topics to be discussed include:
Creating a Parent’s Council
Answering questions about special education
Understanding recent court ordered settlement