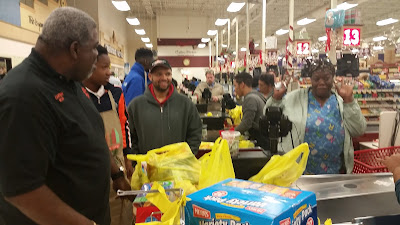 Tuesday, December 15, 2015 the Chester High Achievement Mentoring Program (CHAMP) went to the Shoprite in Eddystone, PA to give senior citizens a gift for the holidays. The purpose of this event according to Mr. Earl Carter, one of the program's founder and mentor, was to "Help the student members understand the feeling you get when you do something from the heart, a random act of kindness." CHAMP members greeted patrons at the entrance as they came in and left the Shoprite. Founder of The Mission CEO & President Darren Laws' son, Darren Laws, Jr., played Christmas music on his saxophone for shoppers while CHAMP helped to bag patron's groceries. Mr. Carter randomly selected a patron in need of a blessing and purchased a partial food bill of $20 dollars. One person's bill was $36 dollars and the gift of $20 brought his total down to $16. In some cases, all the bills for groceries were paid off. CHAMP gave out over $300.00 dollars to patrons. $150 came from donations and Mr. Carter donated the balance. Mr. Carter said, "I wanted CHAMPS to experience the feeling of giving something from the heart without getting anything back in return." 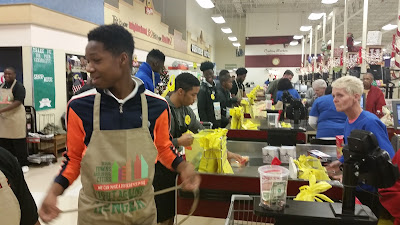 Darlene Rogers-Hindsman, a Shoprite manager, who invited the CHAMP group said, "We didn't believe what we were seeing." As she explained, "About 25 CHAMPS came to the store. Six of them were stationed at the front door greeting customers as they came in. Six of them were at the exit thanking customers for shopping here. I was amazed and customers were surprised when their bill was paid. It was senior citizen's day and they really appreciated it. That was the best I've seen young people. You don't see this anywhere else. Anytime they need a donation from me, they can reach out." 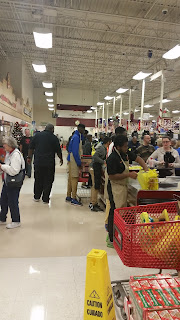 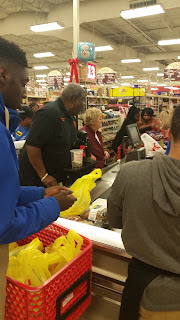 Since returning back to school in September, CHAMP has done a Cancer Walk at PPL Park; had an Inter-generational Banquet for senior citizens for the City of Chester, in which seniors went to Chester High School and was served a meal and provided information through service providers about healthcare and questions about Medicare. Several guest speakers from the community have also visited the group to continue encourage members in the right path. 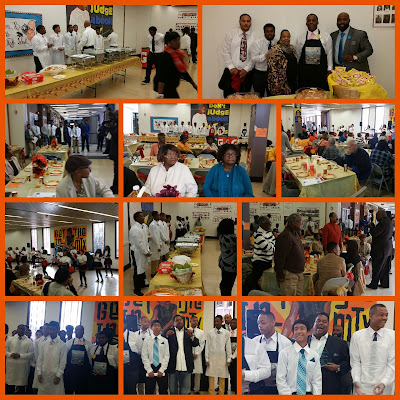 All photos are from the CHAMP program.
Read more about CHAMP here in my original post
Posted by Ms. B at 8:33 PM