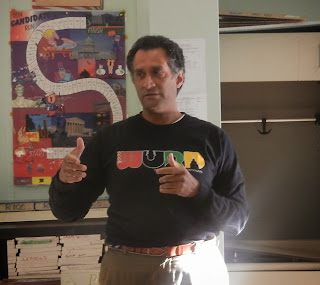 President Obama has proclaimed November Native American Heritage month and November 29th Native American Day. In honor of this occasion, Chester High School History students were visited by Andrew Brazington, a Native American Environmentalist, who shared his genealogy. Andrew is part Cherokee and Blackfeet heritage. He spoke about Native American history from the beginning of America to present day. He discussed the Indian Removal Act and the Trail of Tears which took place under President Jackson. Native Americans were forced to move from their homeland to the Oklahoma territory, an over 800 miles trek which left many dead due to hunger and exposure from the harsh weather. 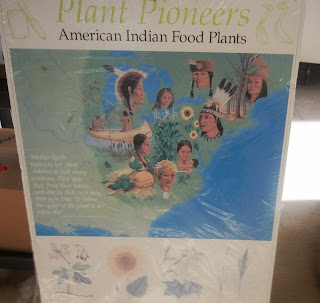 Andrew also discussed the environment which he is most passionate about saving. He hopes to get 10,000 trees planted in Chester because trees provide oxygen. A lack of oxygen affects the environment and people. Andrew participated in the planting of trees at Chester High School three years ago. He also celebrated the fact that after 30 years, the Bald Eagle is off the endangered species list in Pennsylvania. Great information Andrew, we appreciate your visit on Monday for Native American Heritage Month. 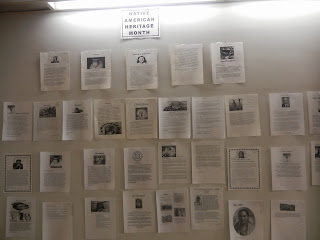