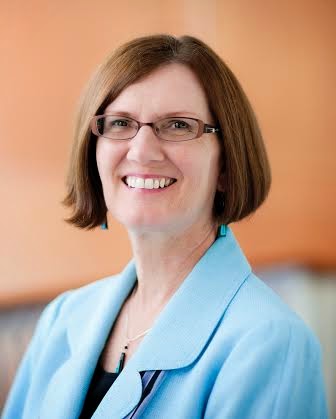 Chester, Pa.—The Council for Advancement and Support of Education (CASE) District II has selected Linda Durant of Wallingford, Pa. as recipient of the Professional of the Year Award. The senior vice president for university advancement at Widener University, Durant will accept the award Feb. 2 during the CASE District II Conference in Washington, D.C.

“It is truly an honor to receive this award, especially from an organization with so many exceptional individuals developing creative and innovative initiatives to advance the cause of education,” Durant said. “I’m very fortunate to have the support of Widener President James T. Harris III who understands the importance of institutional advancement and a terrific team in alumni engagement, development and university relations.”

Durant, who has been at Widener since 2003, is in the closing stages of leading the most ambitious fundraising campaign in the university’s history. Launched during the peak of the recent recession, Taking the Lead – the Campaign for Widener has surpassed its goal of $58 million, raising $61.7 million to date and growing.

Under her leadership, Widener has implemented a university-wide branding campaign which has led to increased recognition, visibility and greater understanding of the university. Since 2005, the university advancement team at Widener has received 45 awards from professional associations for elements of its communication program.

Durant has also made significant contributions to the profession through her work with CASE, both nationally and in District II. She has served on the national board of trustees for CASE, and currently serves on the District II board as past-chair. She also served as operations co-chair and conferences co-chair for District II. Since 2000, she served on the faculty and as chair of numerous CASE educational programs in the United States and abroad, delivered keynote addresses, and chaired annual conferences for two separate districts.

In the community, Durant serves on the board of directors of the Boys and Girls Club of Chester, where she was instrumental in helping the board forge a long-range strategic plan for the organization. She has also served on the Nether Providence Historical Society Board of Directors, and she faithfully participates in community service projects such as alternative spring break and Martin Luther King Day.