Beyond Our Years of Service (BOYS) Brunch 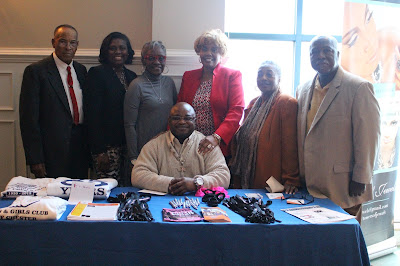 The Beyond Our Years of Service (BOYS) committee organized its second brunch to honor this year’s recipient the Boys & Girls Club of Chester. The event was held at The Austin Room in Chichester, PA. More retired employees than present gathered to reflect on their years of service and to give their support for the organization. Last year the recipient was the PTO of the various schools in the district. Founder Mildred McLaughlin said, “Once the donation is counted, the amount to the Boys & Girls Club will be revealed.” 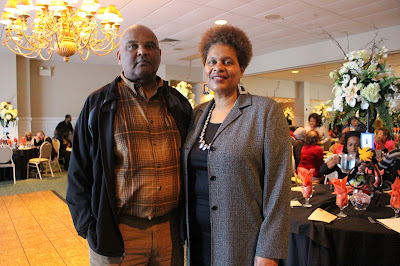 
George Carter, Jr. spoke at the brunch in honor of his father George Carter, Sr. who was the Executive Director of the Boys and Girls Club of Chester for 50 years. This is the 86 year for the club which opened in 1930 for boys to go. George Carter, Jr. said his Father’s dream was to move the club from Front Street so they had a fundraiser to move the club to its present location on 7th Street. The new club is named for his father. Carter spoke of his father’s passing and that his father told him to “Trust in God and wait on my dreams.” He thanked the BOYS organization, “Thanks for the fundraiser to carry the torch a little further.”