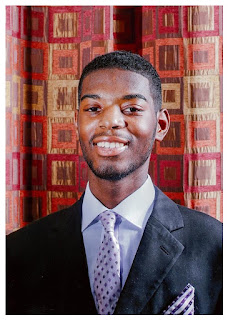 Wendell Brown, a senior at Chester High School, was poised to get started on his final year but he was not feeling so well. Three days into the school year, he knew that something was wrong. His journey into his senior year was not the usual planning for senior activities like the other seniors. It was interrupted by a long illness. Because of the pain he could not go to school. “I went up to Crozer plenty of times, but they said you can’t see everything with just taking blood and sent me home.” Wendell and his mother, Ursula Brown, went to Crozer Medical Center several times for Wendell to be examined but to their dismay did not get a blood test right away, “When I was sent home my symptoms got worse with weight loss, night sweats, and loss of appetite. I went from 152 pounds to 144. I lost 8 pounds in 3 days then dropped to 141.” After insisting, Wendell got his blood tested. By the middle of September 2014, Crozer did not have an answer for him so he was referred to the Children’s Hospital of Philadelphia (CHOP). “I was diagnosed with stage three diffused large B-cell lymphoma.” At CHOP, “They found the cancer and put me on intense chemotherapy. I went through 7 cycles of that. In the process, I suffered viruses, eye pains, skin peeling of my feet, mouth sores, nausea, and was 2 hours from death.”

Wendell was kept at CHOP for a week of testing. He was sent home and fell back to the point where he couldn’t walk. His test of the bone marrow, PET scan and x-ray showed his bones were black and not white. He knew he was sick but when he got the results, he was worried and scared, “Are you sure?” he asked Dr. Babak, his doctor. “I was in denial at first but I decided to start treatment right away.”He had his first round of chemo treatment. He would stay at CHOP every two weeks from Wednesday to Monday for treatments. He would catch a virus after each chemo treatment because his immune system was low. “After each chemo treatment, I saw little dots with the viruses. On the third chemo cycle in late November, I felt weak. My blood pressure dropped. My weight was down to 135. I went back to CHOP. I saw Dr. Babak. He said if I hadn’t comeback, two hours later, I would have been dead. I just remember they kept shooting stuff into me. I was at CHOP for 10 days getting fluid and antibiotics.”
While receiving chemo treatment, Wendell was on homebound instruction from school.

He has been back to school since April to finish out his 12th grade year and graduate. After having 7 rounds of chemo treatment, he is now cancer free. His immune system is still building up. I met Wendell before his illness. He had easygoing persona. He was friendly and polite. He seems too good to be true but you knew he was brought up well. I had not seen him for the school year. I thought he transferred out. I soon discovered what was going on by way of a Facebook post from his mother, Ursula Brown, and contacted her. We kept in touch about Wendell’s progress. When I first saw him in April, he looked fragile. I knew he had been through a tough year. He walked at a slow pace. His head was covered with a skull cap. His finger nails were black from the chemo treatments. He was still easygoing with a great personality. It took a few weeks but now the hat was gone and his hair is growing back. He is walking at a normal pace. The color of his nails is gradually coming back. He had fun at the prom and class day. He is looking forward to graduating from Chester High School. Wendell is thinking about a few options for his future. He wants to go to the Delaware County Community College (DCCC) for Pharmacy Technician. He learned carpentry at DCTS and is interested in making cabinets. He wants to sell life insurance because his brother sells life insurance. He wants to go back to boxing. He wants to do some traveling. He wants to live by the beach. He wants to go sky diving. “Now I that am cancer free,” Wendell said, “I want to go back to living normally.” Wendell wanted to share his story to family, friends, and the community in hopes of being an inspiration.

*Wendell's story is also in the Daily Times today and on delcotimes.com HERE

Email ThisBlogThis!Share to TwitterShare to FacebookShare to Pinterest
Labels: The Story of Wendell Brown: One Senior High School Students’ Struggle