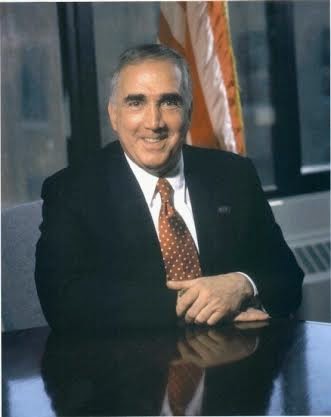 Chester, Pa. – John H. Tilelli Jr., a retired U.S. Army four-star general and a Widener University alumnus, was named chair of the university’s board of trustees on February 12.

A trustee since 2001, Tilelli assumes the role from Nicholas P. Trainer, who retired from the board after five years of service as chair. Tilelli previously served as vice chair of the board, and is a member of the Academic Affairs Committee. He is a 1963 graduate of Pennsylvania Military College, now Widener University, and was awarded an honorary doctor of business administration degree from Widener in 1996.

In addition to his service to the board, he established the General and Mrs. John H. Tilelli Leadership Fellowship with a $225,000 pledge to the university in 2007. The fellowship is awarded annually to select graduate students to conduct scholarly research through the Oskin Leadership Institute at Widener.

“John Tilelli embodies the values of leadership and service that we hope to inspire in our students through our mission,” said Widener President James T. Harris III. “His leadership role in our nation’s military is well documented, and John has contributed the same level of service and expertise to Widener as a member of the Board of Trustees.  We look forward to his leadership as chair as Widener approaches its 200th anniversary.”

Tilelli’s military career began at Pennsylvania Military College with his commission as an Army officer in 1963. During his 37-year career, he served two combat tours in Vietnam, commanded the 1st Cavalry division during the Gulf War, was vice chief of staff of the U.S. Army, and concluded his active duty as a four-star general and Commander in Chief of the United Nations Command in Korea.

Following his retirement, Tilelli served as president and chief executive officer of the United Service Organization (USO) Worldwide Operations. He currently is chairman and chief executive officer of Cypress International, Inc., a business consulting firm in Alexandria, Va. He also serves on the boards of directors for Vision Technologies Kinetics and DynCorp International and the Armed Services YMCA.

Trainer, a 1964 graduate of Widener, served on the board for 30 years. For his service to the university, Trainer received the Outstanding Alumnus Award in 1985 and the Alumni Service Award in 1996.

“Nick Trainer has provided outstanding leadership to our Board of Trustees for the past five years, a period of unprecedented growth at the university,” Harris said. “Widener is a stronger institution today due to his contributions, and we thank him for his many contributions to Widener as an alumnus and board member.”